Alisha Edwards Picks Up Her First Win On Impact In Over A Year, Status Update On McKenzie Mitchell - PWPIX.net

Alisha Edwards Picks Up Her First Win On Impact In Over A Year, Status Update On McKenzie Mitchell – Alisha Edwards picked up her first win on IMPACT! in over a year last night, albeit due to her opponent being distracted.

Before Alisha tangled with Katarina, Grado and Joe Hendry appeared. On last week’s show, Katarina revealed that she didn’t have feelings for Grado anymore, but was interested in Hendry. While the Knockouts were in the ring, Hendry debuted a music video which ended with him rejecting Katarina (and making a reference to her former WWE persona).

With Katarina upset and distracted, Alisha rolled up the former WWE star for the victory.

This is Alisha’s first victory on IMPACT! since May 25, 2017, where she teamed with Eddie Edwards against Angelina Love and Davey Richards.

Alisha will be in action next week on IMPACT! as she takes on Faby Apache in the accomplished luchadora’s debut. 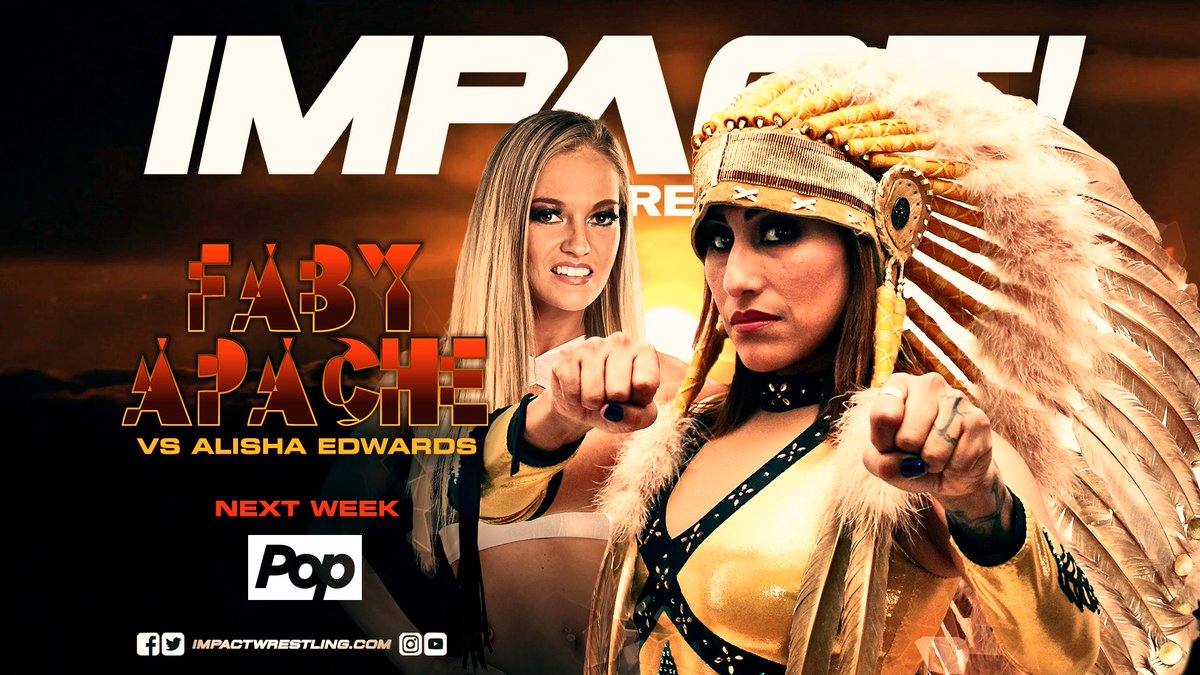 – McKenzie Mitchell is back.

According to PWInsider, the word backstage is that Mitchell will work the Bound For Glory pay-per-view event on October 14 and the following two days of television tapings.