While the former WWE Superstar is committed to Lucha Underground for one season — taping resumes next Saturday — he wants WWE to be an option after he fulfills his contractual obligations. It may still happen in the future, but Vince McMahon isn’t going to break the bank for him now. One wrestler was going to cash in on WWE’s urgent need for a wrestler to appeal to the Spanish-speaking audience and Del Rio is the one that cashed in.

With that being said, WWE higher-ups also strongly preferred Del Rio of the two because even though he is only two years younger than Mysterio, he has the size WWE prefers in its talent and isn’t riddled by injuries.

– Here is a video previewing Undertaker: 25 Years of Destruction, a 208 page hardcover book released this past week by WWE and DK.

It is a detailed, comprehensive book that gives a blow-by-blow account of The Undertaker’s lengthy career. It documents every reincarnation, rival, WrestleMania opponent, pay-per-view match and everything that contributed to The Deadman’s rise to prominence in WWE. The book is written entirely in kayfabe, so there is no insight on The Deadman or behind the scenes stories.

– With Seth Rollins going down with a major knee injury that will keep him out of action for six to nine months, he will unable to compete at WrestleMania 32 on April 3, 2015. The former WWE World Heavyweight Champion was featured on the promotional poster for the event. It now features Dean Ambrose in his place. 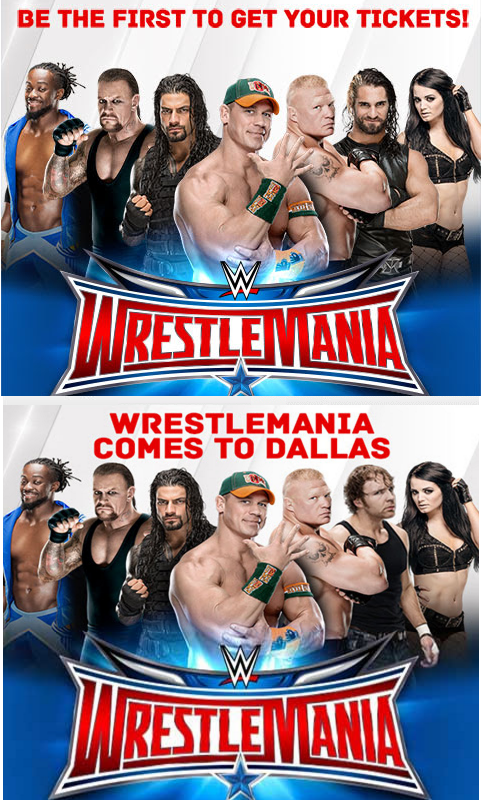