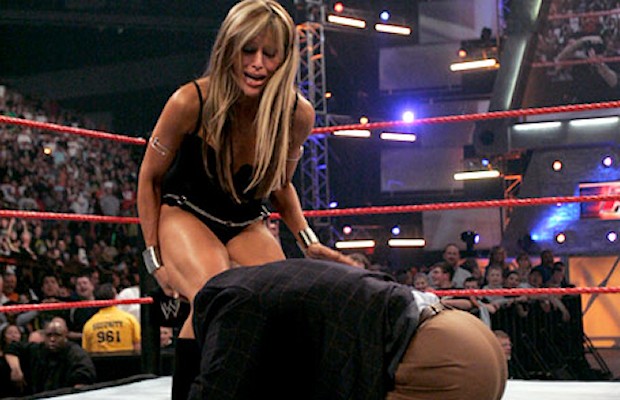 Every Monday Night members of the WWE Universe are treated to the most unforgettable experiences and the Monday Night Raw, the night after WrestleMania 23 was no different.

On this night fans witnessed WWE’s Chairman of the board, Vince McMahon, declared to make life a living hell for Bobby Lashley after losing his hair at Battle of the Billionaires. Unfortunately, not one to back down from a threat and finding great humor in his handiwork, Lashley further humiliated McMahon by taking off his hat, revealing his chrome-dome as he proceeded to chase the mortified Chairman around the arena, where he eventually ended up hiding under WWE ring announcer Lilian Garcia’s skirt, resulting in Lashley ripping off the Diva’s skirt and revealing her black panties.