– Below is the latest Dancing With The Stars video blog from Nikki Bella as she continues to through the “physically demanding” rehearsals in preparation for the live premiere next Monday night. Nikki says she’s been eating well and watching her wine but she’s already lost 6 pounds rehearsing for the show.

– We noted a few days ago how WWE Hall of Famer Ric Flair was back in front of the cameras filming an unknown project. PWInsider reports that Flair was filming for People Magazine. Regarding ESPN’s “30 For 30” special on The Nature Boy, producers are putting the finishing touches on the special ahead of the November premiere. There’s talk of doing an advance screening in New York City and they’re hoping that Flair will be well enough to attend.

– It looks like Adam Cole, Bobby Fish and Kyle O’Reilly will be called “The Undisputed Era” in WWE NXT. As seen below, WWE Shop has released a new “Shock The System” t-shirt for the stable. Remember to visit WWE Shop via this link to save on your purchase. 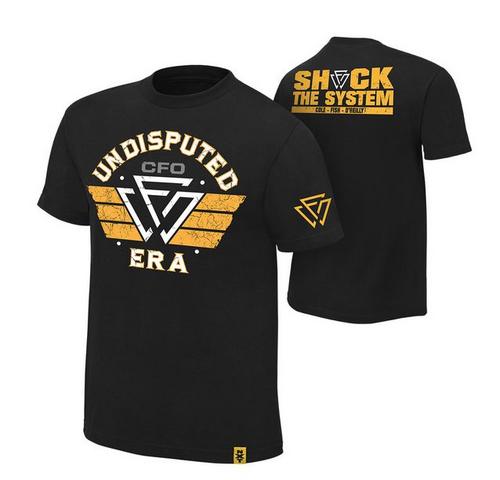