Taynara Conti is under fire for a tweet she sent out Thursday night mocking fellow Mae Young Classic and NXT competitor Lacey Lane over her dreadlocked hair.

On this week’s Mae Young Classic airing on the WWE Network, Conti earned a Second-Round Match against Lane after beating Jessie Elaban — Lane beat Vanessa Kraven on September 5 to advance to the Second Round. During a face-off between the Mae Young Classic’s Second-Round opponents, Lane nailed Conti in the face with her dreadlocks after being shoved by the self-proclaimed “Real Black Belt of NXT.” WWE Hall of Famer Beth Phoenix quickly stopped them from coming to blows.

In a response to the above clip of their tense encounter, Conti called Lane’s hair dirty.

“That felt like she had not washed that hair for weeks. Take a shower and wash that “hair” before getting in the ring against the REAL BLACK BELT,” Conti tweeted.

Conti deleted her tweet after drawing a backlash from WWE fans who perceived her insult as racist. 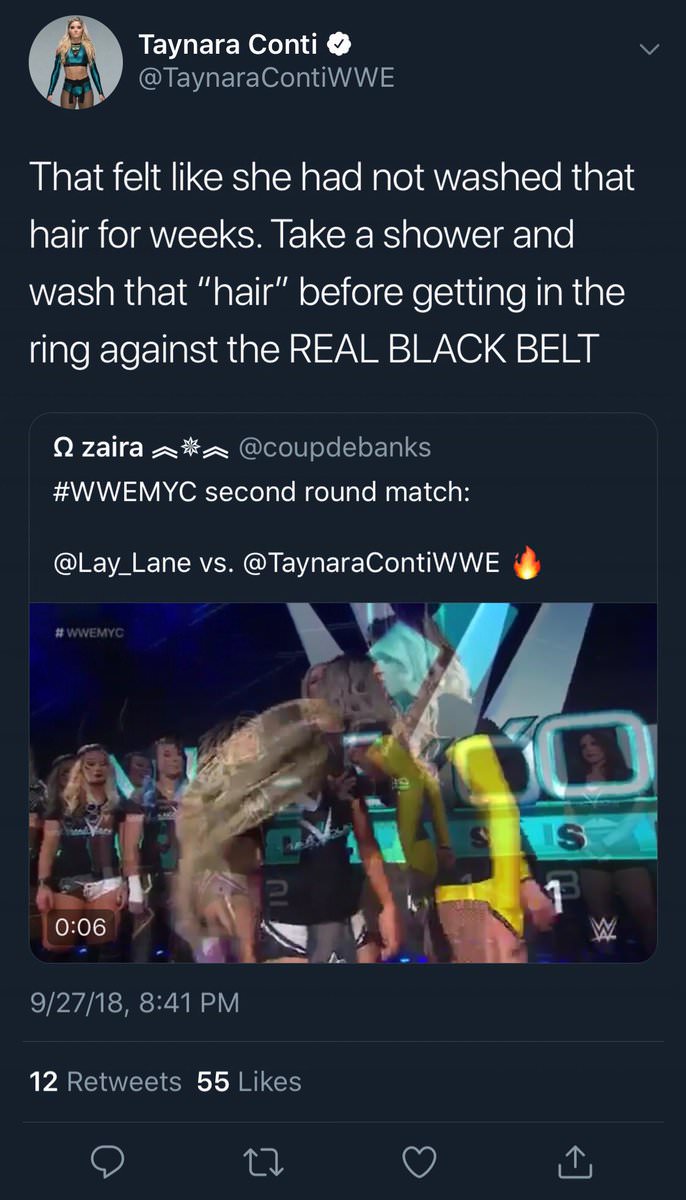 Lane has not responded to Conti’s insult.