– Coming out of tonight’s WWE RAW in England, here are the brackets for the tournament to crown a new WWE World Heavyweight Champion at Survivor Series. ‘

First round tournament matches for this Thursday’s WWE SmackDown include Neville vs. King Barrett, Ryback vs. Kalisto and Stardust vs. WWE United States Champion Alberto Del Rio. It was confirmed on tonight’s RAW that second round matches will begin at next Monday’s RAW from Greenville, South Carolina. A new champion will be crowned at the November 22nd Survivor Series pay-per-view. 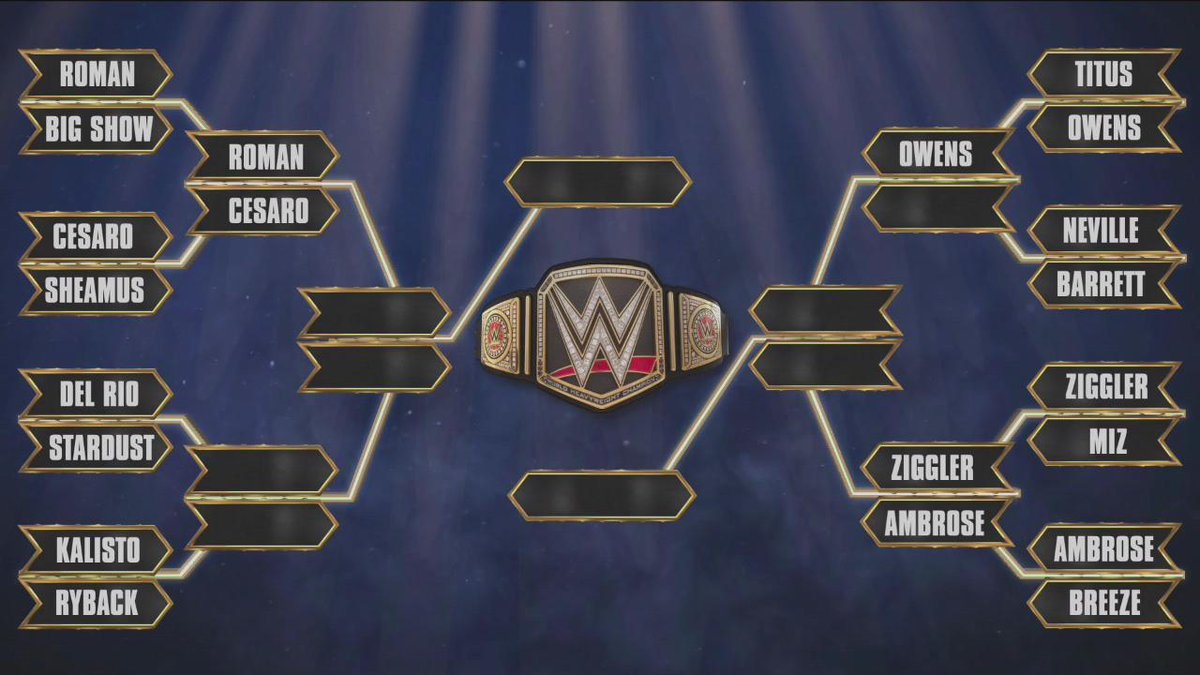