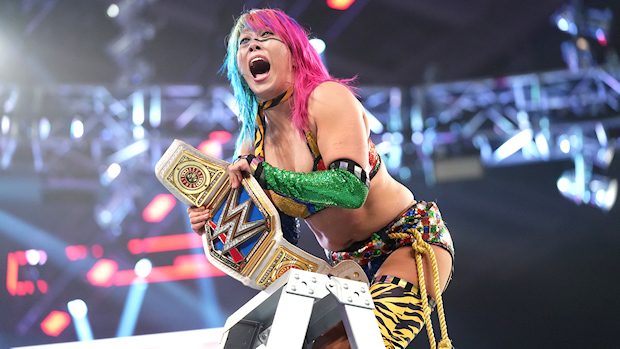 In an interview with Tokyo Sports, Asuka said Vince McMahon hugged her backstage and told her it was a good match. Here is a rough translation of her comments.

“After I finished the match, everyone backstage welcomed us, clapping,” Asuka said.

According to Asuka, McMahon hugged her directly and said, “‘Congratulations, it was a good match.'”

She added, “I was really happy.”

“The reason why I came to WWE is raising the quality of women,” Asuka said. “I want to make women more recognizable, that is my mission.”