Charly Caruso On Joining ESPN and What Led Her To WWE - PWPIX.net

Charly Caruso On Joining ESPN and What Led Her To WWE 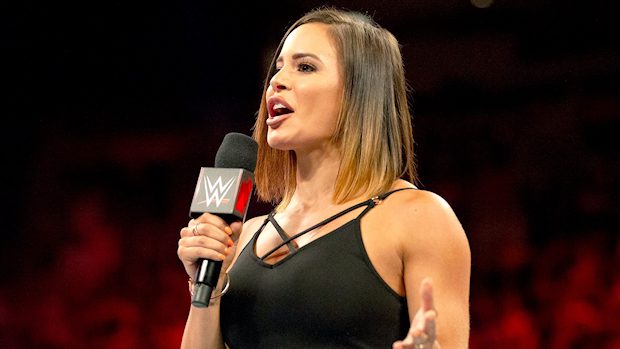 In addition to asking the hard-hitting questions as an interviewer on Monday Night Raw, Charly Caruso has begun work as an on-air talent on ESPN’s SportsCenter.

Caruso revealed in an Instagram post on Thursday that she is now “officially an ESPN employee,” but was quick to note that she is not leaving WWE, which is still her “home.”

“I’ll be doing a few things at ESPN from time to time for now, including SportsCenter updates and hosting the SportsCenter on Snapchat show,” Caruso wrote.

“I’m still in disbelief. WWE + ESPN = KILLER COMBO! I am so incredibly appreciative and fortunate for both of these wonderful opportunities!”

Caruso did a follow-up post on Friday discussing her thoughts on joining ESPN and journey along the way.

“Feeling so incredibly blessed this morning! It’s tough to put my emotions into words. Not only do I get to work for one amazing company, I get to work for two…and live out a career I once only dreamed about,” Caruso wrote.

“For those who don’t know, I worked in local news for about 5 years before coming to @WWE. It’s been a serious grind. I was a one man band news reporter in Huntington/Charleston, WV…meaning I carried around a camera, tripod and microphone and covered all my stories by myself (oh, the stories I have) then I was a morning live news reporter in Kansas City, MO…then I went back to my hometown of Indianapolis, IN to work as a sports anchor/reporter. I was always a sports fan, but it was in Indy that I realized how much I belonged working in sports.

“After deciding I wanted to leave Indy, I was unemployed for about 4 months. I then co-hosted the Bob and Tom Show in Indianapolis for about 6 weeks (which was a blast) and in the meantime started shooting a YouTube show in my spare bedroom called “BackTalk Ball” (the episodes are still online!) A little while later…WWE saw my work, brought me in for an audition, and then thankfully brought me on board—where I entered into the world of sports entertainment! What a wild ride that has been. I’ve learned so much, traveled all over the world, and have met so many wonderful people with WWE. Most importantly, they’ve allowed me to be me and have provided great leadership for me to prosper and grow as a broadcaster.

“Now here I am…with the ability to work at both WWE and ESPN. I can’t think of a better fit for me. I’ve got the best of both worlds. A huge thank you to @ESPN for adding me to the team and a huge thank you to WWE for allowing me to do both. I know there’s a lot of overlap between the two worlds and I’m so excited for this new adventure of pulling #doubleduty!”

Caruso did six episodes of “BackTalk Ball” in spring 2016 on her YouTube channel. This is the final one she did before joining WWE in June 2016.