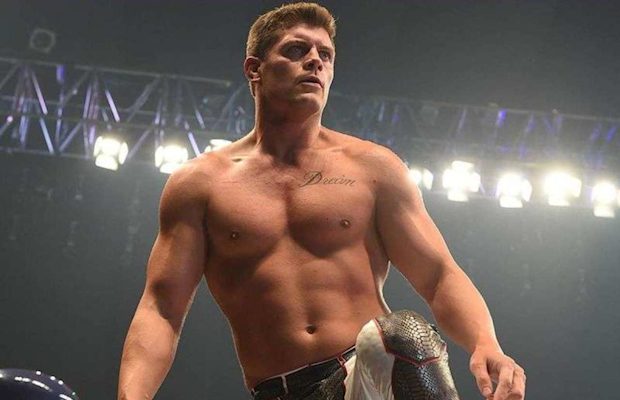 The wrestling landscape changed on Tuesday as a new promotion called All Elite Wrestling (AEW) has been officially announced.

After months of teasing the possibility of starting their own promotion, Cody Rhodes, Matt Jackson, Nick Jackson and Adam Page announced the formation of All Elite Wrestling during the latest episode of “Being The Elite.”

The episode went live on YouTube as the clock struck midnight to ring in the New Year on the West Coast of the United States. SoCal Uncensored (Christopher Daniels, Frankie Kazarian, and Scorpio Sky) were also part of the episode.

The Elite also alluded to AEW’s first show, called Double or Nothing (which is a follow-up to last September’s ALL IN pay-per-view event), and details emerged in this Twitter video that an official announcement will be made on January 8 at the Double or Nothing Rally in Jacksonville, Florida.

The advertisement notes that the rally will include a “special announcement from The Elite.” Cody and Brandi Rhodes, The Young Bucks, Page, Daniels, Kazarian, and Sky are featured on the ad, and it says that there will be more special guests.

The rally will be free to attend and it takes place at the parking lot in front of West Club at TIAA Bank Field. Live stream information will be announced soon.

Rhodes took to social media on Tuesday to issue a statement on All Elite Wrestling and announce that he is the Executive Vice President.

“I feel so damn lucky. I believe that more than talent…more than chance…work ethic will guide me where like to go,” Rhodes wrote.

“To be Executive Vice President for our new venture, and to be flanked by Matt and Nick and a few familiar names sharing that position; this is my dream job. I can’t think of a time when so many of wrestling’s top free agents all opted out of the road usually traveled and instead wanted to start something new. I am excited to see AEW into existence.