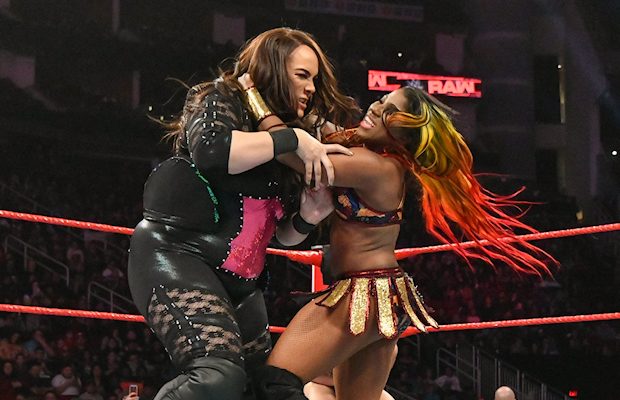 After Nia Jax and Tamina prevented Ronda Rousey from helping Natalya fight off The Riott Squad, the Raw Women’s Champion got some backup in the form of Ember Moon. Together, they beat Jax and Tamina in the main event of Raw.

Palmer quickly deleted the tweet, but not before someone took a screenshot and posted it on Reddit.

It’s not clear if Jax hurt Moon on Raw or if there was a previous incident.

Moon and Palmer are newlyweds as they had a Game of Thrones/Harry Potter-themed wedding a little over a month ago in Las Vegas, Nevada. Click here to see photos from their wedding.