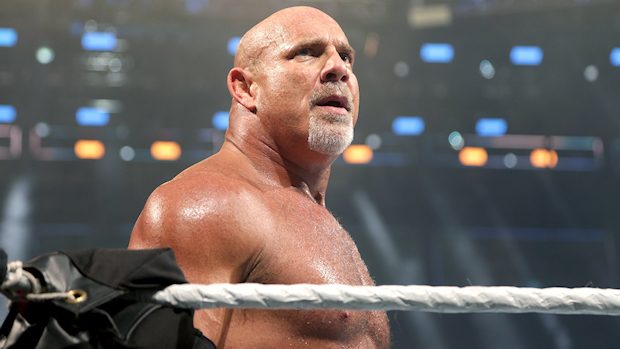 WWE announced last Wednesday that their next event in Saudi Arabia will be held on Friday, June 7 at King Abdullah Sports City Stadium in Jeddah and air live on the WWE Network.

Eight wrestlers are already advertised for the show, with Goldberg being the most interesting name. Bobby Lashley seems interested in facing Goldberg at the event as he sent out this tweet on Sunday.

So I hear @Goldberg is coming back…🤔🤔

Goldberg and Lashley have never crossed paths in wrestling since they’ve never worked for the same company at the same time until now.

According to Dave Meltzer in the Wrestling Observer Newsletter, WWE officials approached Goldberg for the show because they feel he’s the one guy left who could potentially draw lapsed wrestling fans to All Elite Wrestling (AEW).

“Those in WWE say the company approached Goldberg, figuring he was the one guy left who could go to AEW and perhaps bring back lapsed fans, similar to how Vince McMahon, without the benefit of hindsight, left the door open to WCW for Hulk Hogan, Roddy Piper and Randy Savage in the 90s,” Meltzer wrote.

Some wrestlers have earned seven figures for appearing on the shows in Saudi Arabia and this is likely the case for Goldberg.

“Obviously he’ll be getting giant money on his new deal. A few performers have gotten seven figures for these shows and the fact Goldberg wrestles to sparingly tells you he’s not doing anything cheap, let alone this,” Meltzer wrote.

According to a tweet today by Rajah.com, they were told that Goldberg’s appearance in Saudi Arabia is a “one-time deal.” They were also told that reports of WWE signing Goldberg to keep him away from AEW does “not appear to be true.”

As per source: Goldberg’s appearance for WWE in Saudi Arabia next month is a one-time deal. Reports that WWE signed him to a deal to keep him away from AEW do not appear to be true. I’ll have more on this later.

It’s unclear whether Goldberg will actually wrestle a match on the show as it’s quite possible that he’ll only do an angle. If Goldberg wrestles a match on the show, it will be his first bout since losing the Universal Championship to Brock Lesnar at WrestleMania 33 in April 2017.

WWE Now looks at Goldberg’s return in the video below.

The event, which has yet to be officially named, is the third show in WWE’s 10-year agreement with the Saudi General Sports Authority. WWE has received significant criticism for their relationship with the country. Women haven’t been allowed to wrestle in Saudi Arabia and WWE went on with Crown Jewel as scheduled despite the murder of Washington Post columnist Jamal Khashoggi.