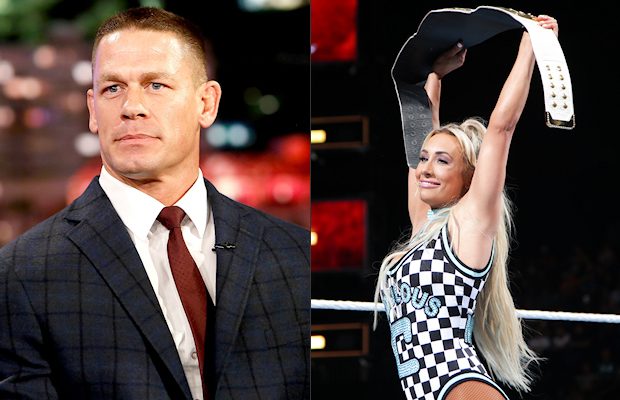 After calling off his engagement to Nikki Bella last month, has John Cena moved on to Carmella?

On Sunday, an anonymous blogger with a strong track record for celebrity gossip indicated that an “entertainer/actor” has already moved on from a previous relationship and is hooking up with one of the stars of a reality show, which involves the entertainment part of the actor’s career.

This mysterious blogger, who is known only as ‘Enty Lawyer’, wrote:

“This entertainer/actor has already moved on and is hooking up with one of the stars of this reality show which involves the entertainment part of the actor’s career.”

This blind item comes from the anonymous gossip website Crazy Days and Nights, which we’ve credited in the past on some WWE-related tidbits. This blog specializes in exposing Hollywood gossip and is way ahead of mainstream news websites on Hollywood gossip, sometimes even by years. For instance, ‘Enty Lawyer’ alluded to stories on Harvey Weinstein, Kevin Spacey, and Matt Lauer well before their abuse got exposed by the mainstream media last fall.

Back to this, most of the comments below the post are guessing that it’s Cena and a cast member from Total Divas.

According to Brad Shepard of BodySlam.net (who broke the news of this year’s WWE Hall of Fame inductees and the return of the XFL), a source of his indicated to him that the “entertainer/actor” in question is Cena and that he’s “hooking up” with a Total Divas star.

While Shepard did not name Cena’s rumored love interest, a few signs point to her being Carmella.

Of those who had a starring role on the most recent season of Total Divas, Carmella and Nia Jax are the only cast members without a confirmed relationship. But what really has people thinking the woman in question is Carmella is that the SmackDown Women’s Champion apparently lives in the same area as Cena.

Cena’s home is located in Land O’ Lakes, Florida, which is apart of the Tampa Bay Area. While Carmella has yet to say that she lives in the Tampa Bay Area, she’s done a few Instagram posts in recent weeks which shows her as being in Tampa on her days off from WWE’s strenuous road schedule (such as this one below from last week).

My first title defense is in three days. I refuse to lose at #WWEBacklash. Today’s finisher was brutal….this was the SECOND round. 💀💪🏽💦💦

Lana, who frequently interacts with fans on Instagram, actually responded to a question asking if she thinks Cena and Carmella are dating.

Lana wrote on Wednesday, “Absolutely not! Stupidest dirt sheet rumor of all time!”

Here is a screenshot of the exchange, which quickly got lost amidst hundreds of replies to her latest Instagram post.

It’s also worth noting that a lot of fans believe that Carmella responded to the rumor through her Instagram Story. In one of her posts on Wednesday, she posted this quote.

Carmella @ everyone talking shit about her and Cena. pic.twitter.com/a1zqaFHeQZ