Where Are They Now? Wrestler Kamala In 2019 | PWPIX.net 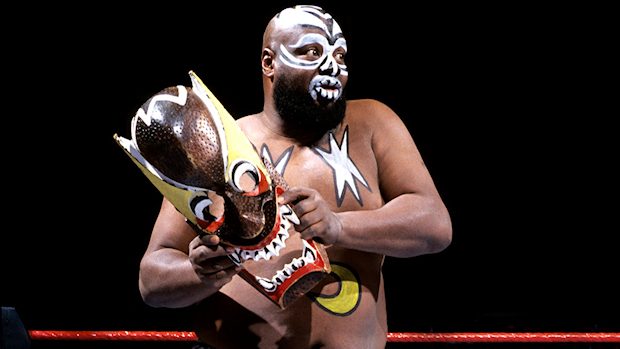 According to Gil Culkin, the owner of a Facebook fan page on professional wrestling in Mississippi from the 1960s through 1980s, Kamala — real name James Harris — was hospitalized on February 16 with a stomach infection. Culkin was told this by Kamala’s wife, who wasn’t sure how long he would remain hospitalized.

Here is the post, which was made on February 22:

“Asking all to keep James “Sugar Bear/Ugly Bear” Harris, aka Kamala in your thoughts and prayers. Just talked with his wife and James has been in the hospital since this past Saturday with some type stomach infection and she wasn’t sure how much longer he would be there. James has been through so much but has always kept an upbeat attitude and he has remained the same humble man I first met in Greenwood, Ms in 1977. Just one more legend that got his start right here in Mississippi.”

There’s no word yet on whether Kamala remains hospitalized since that was the last update on him.

Kamala, who is 68 years old, has suffered from a number of major health problems over the years. In November 2011, he had his left leg amputated below the knee due to complications of high blood pressure and diabetes. He had the condition since 1992, but by not undergoing dialysis treatment, it forced the amputation. In April 2012, his right leg was also amputated below the knee.

After being in-and-out of the hospital in the following years, Kamala underwent life-saving emergency surgery in November 2017 to clear fluid from around his heart and lungs. He was then put on life support due to complications but was able to breathe on his own a few days later. There were no public updates on his health until now.