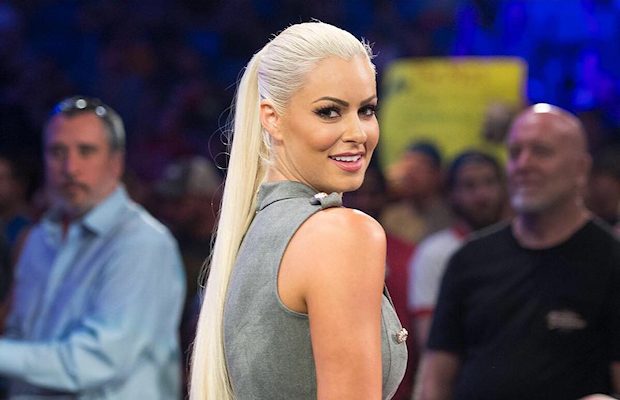 In a post on Instagram, the Canadian born WWE Superstar revealed that she became a citizen of the United States on Wednesday.

Becoming a US Citizen today!!!!

Maryse — real name Maryse Mizanin (née Ouellet) — was born in Montréal, Quebec, Canada. She lived in Canada until signing a developmental contract with WWE in 2006 at the age of 23.

– Since gracing her first magazine cover in 1998, Trish Stratus has appeared on numerous fitness, wrestling, sports, entertainment, and men’s lifestyle magazines. Her latest one brings that total to 107.

The WWE Hall of Famer is featured on the cover of the latest issue of OptiMYz, which is a Canadian magazine on women’s health and fitness. It is her first fitness cover showing off her body after giving birth to a daughter named Madison-Patricia Fisico in January 2017.

My first post baby fitness cover is on newsstands now!! I shot this almost exactly one year after giving birth and to be honest, I wasn’t sure if I would ever be deserving of a fitness cover again – but I made it!! 🎉 I’m so thankful to @optimyzmag for the opportunity to represent all the mama’s on Canada’s leading health and fitness magazine! – There is a feeling while mommy-ing that you will never find your old self again. And then you find your groove and things start to click, you get in a routine – and it’s no where near your old routine, but a new one because after all, you have a new life now. Getting this opportunity lit a fire under my butt to find the old me, but along the way, I found the new me – and I’m pretty happy with her. She birthed babies, she found a way to balance her mostly clean diet with leftover grilled cheese crust and pizza nights and although the 90 min yoga class/gym visits are not even close to being an option – she found a way to work out smarter and more efficient (thanks @nichellelaus!!💪🏼) – enough so to land this cover. Oh, and enough so to kick ass at the FIRST EVER ALL-WOMEN ROYAL RUMBLE!!🤼‍♀️. So yah, I’m more than happy with her, she’s actually quite amazing to me. #selflovewarrior – Once again I have to thank my dream team for helping me pull this off!! They say it takes a village … or a small team of experts … 📸 @dave_laus Styling @milayudinadesign HMU @byvalerianova of @twochicksandsomelipstick Hair colour @hairbystavro24 Glow @tanontherun

Click here to see a few photos from this cover shoot.

– After being consumed by her husband Johnny Gargano’s bitter rivalry with Tommaso Ciampa and allowing it to distract from her own career, Candice LeRae returned to action on this week’s episode of NXT against Lacey Evans.

The match ended with LeRae surprising Evans with an Unprettier and an arresting springboard moonsault to gain the win.

Later in the night, LeRae reaffirmed to Cathy Kelley that while she remains concerned as always for the wellbeing of her husband (who also told Kelley that he’s not done with Tommaso Ciampa), she’s focusing on her own dream of rising to the top of NXT.