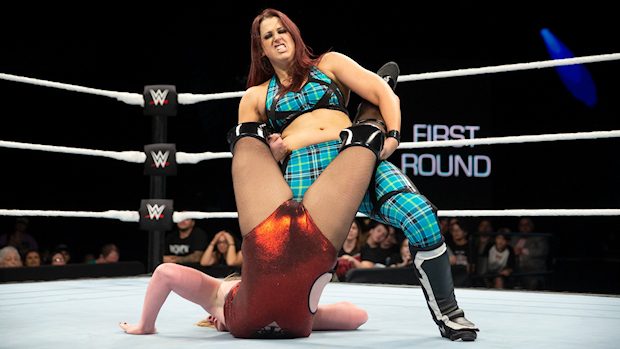 It took Nicole Matthews a long time to be a featured competitor in a WWE ring. Therefore, it’s not surprising that once she got the opportunity against Scotland’s Isla Dawn in the First Round of the 2018 Mae Young Classic, she demonstrated tremendous patience in ensuring it ended in victory.

Unfortunately for the Canadian ring veteran, her big opportunity got marred by an embarrassing wardrobe malfunction.

As Matthews controlled the pace with her methodical power game, she had to constantly adjust her pants from slipping down. There are multiple points in the match where her intergluteal cleft is slightly visible since she’s not wearing an undergarment.

After the match aired Wednesday night on the WWE Network, Matthews took to Twitter to acknowledge her wardrobe malfunction.