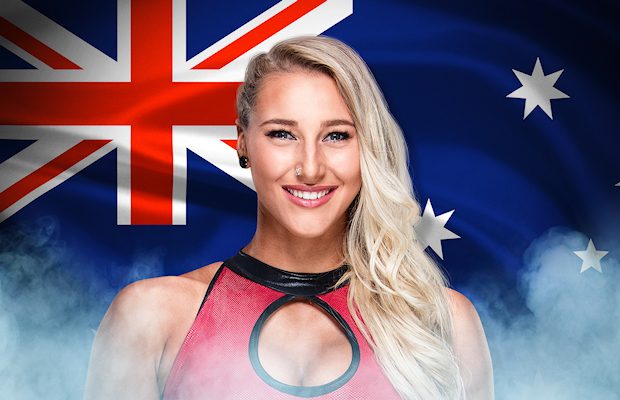 – Baron Corbin and Samoa Joe aren’t the only WWE wrestlers to recently change their hairstyle as NXT’s Rhea Ripley did as well.

The 21-year-old Australian grappler chopped off a good portion of her long blonde hair last week.

She wants no part of me, but I love her with my whole heart ❤️🌹

Ripley has not been wrestling much as of late as she’s only wrestled a single match each month since March. In her last outing on June 2, she lost to Dakota Kai at an NXT live event in Fort Pierce, Florida.

– Ronda Rousey will challenge Nia Jax for the Raw Women’s Championship in her first one-on-one match this Sunday at WWE Money in the Bank, but she’s not the first female WWE Superstar to do it.

In the latest edition of WWE List, WWE makes note of six female WWE Superstars who challenged for titles in their debuts. They are Stephanie McMahon (against Jacqueline), Lita (against Jacqueline), Gail Kim in a battle royal, Jazz in a Six-Pack Challenge for the vacant WWF Women’s Championship, Paige (against AJ Lee), and Lana (against Naomi).

– In this clip previewing this Sunday’s all-new episode of Total Bellas on E!, Nikki Bella prepares for a solo day with Birdie while Brie Bella packs up her Phoenix home.