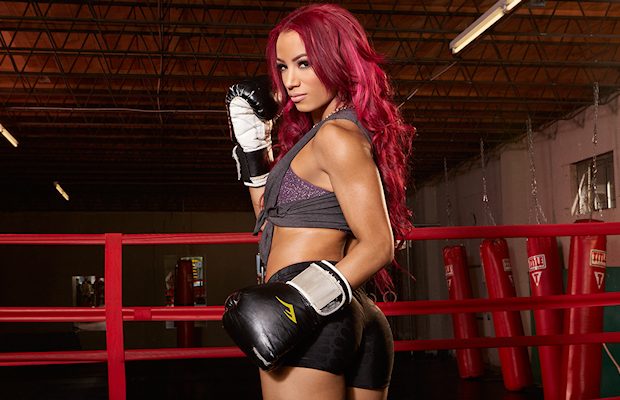 In an interview with WhatCulture, Sasha Banks offered her thoughts on bra and panties matches, Chyna’s passing, her goals in WWE and more. Highlights from the interview are as follows.

Her goals in WWE:

In NXT, I thought I achieved all I wanted. Changing women’s wrestling, having people respect me, yadda yadda. I want to win the Women’s title. I want to wrestle in Japan, I want to be the GM of Raw. One day at a time.

I just knew Eddie was such an inspiration to me. He’s the reason I wanted to be a wrestler. He was the first match I ever saw, I got instantly hooked. Everything just felt right. I just wanted that girl.

It’s huge, she really changed the game for women and how we’re looked at differently. Never did you see a woman like that in WWE until she stepped in there. She was something special, so that news was so sad to hear. She was special.

Her ascension in WWE:

I’ve only been in wrestling six years total. I legit came into WWE thinking I was going to be just another girl who did bra and panties matches, and I was okay with that because I wanted to be in WWE. When we finally got the opportunity to be like ‘no, I want to be more than this,’ I never wanted to go back to bra and panties matches because I saw that when I was growing up and it hurt me.