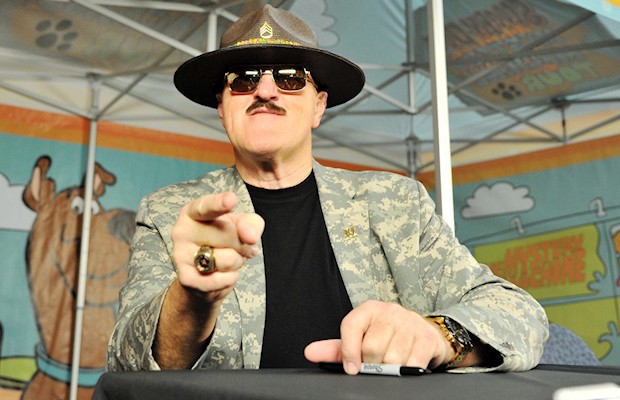 – WWE Hall of Famer Sgt. Slaughter recently spoke with The San Antonio Current to promote WrestleMania 32. The full interview is at this link. Below are highlights:

Who would you like to see inducted into the 2016 WWE Hall of Fame in April?

I’m hoping the [Fabulous] Freebirds might get in. I know all the Von Erichs might be in already, I believe. There are so many great superstars that came out of Texas. It’s fun for me not to know. I want to be surprised. I want to be excited just like everybody else. It’s one of my favorite nights of the whole year to go to the Hall of Fame induction ceremony.

A new documentary on Jake the Snake Roberts was released this year that talks about Jake’s life as a wrestler and his struggles with addiction. The story isn’t a rare one for former WWE wrestlers. Do you think that story is still an important one to tell?

I think it’s important for Jake to tell his story. A lot of people didn’t know what happened to him and how it happened. He’s one of the better characters and performers we had. He kind of just fell off the map. I haven’t seen the documentary myself, but I’m looking forward to seeing it. I’ve run into him a couple of times and he is the same guy. He still rags on me because I [participated] in some of his first matches. He told me I made him do things he had never done before in the ring. He just smiles and grins about it.

It sounds like it’s a good time to be a part of the WWE.

It’s a good time to be in the WWE and a good time to say you’re a part of it as a legend and as someone in the Hall of Fame. People respect you for the road you paved to keep it going. I always get the chance to thank the talent of today for all their hard work because they continue what we set out to do. Now, here we are at Wrestlemania 32.