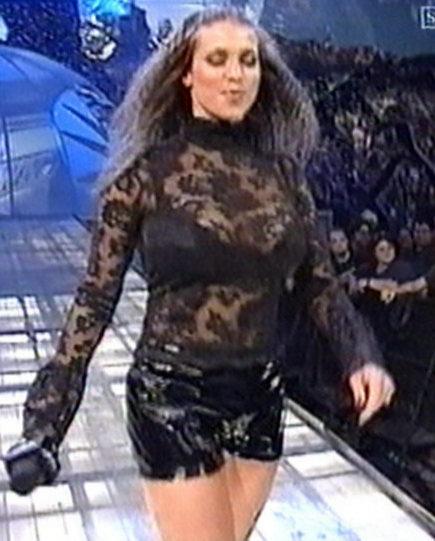 Think professional wrestling is a man’s world? Stephanie McMahon will make sure you think again.

The only daughter of Vince McMahon has been bossing WWE’s most powerful men around since she was old enough to form coherent sentences. As one of the principal owners of WWE and its Chief Brand Officer, however, she does a lot more than just bark orders. She’s proven herself to be a force with which to be reckoned both in and out of the squared circle.

Born into the professional wrestling industry, Stephanie entered the family business at the age of 13 by modeling T-shirts and hats for the World Wrestling Federation (WWF) — what WWE was then known as —merchandise catalog. By the time the “Attitude Era” had taken the world by storm, the youngest McMahon was caught up in a feud between her father’s Corporation and The Ministry of Darkness. She may have appeared overwhelmed at first, but within months of her debut, Stephanie had married her father’s nemesis, Triple H, and orchestrated a takeover of the World Wrestling Federation. It immediately became obvious that the McMahon family gusto didn’t just carry over to the Y chromosome. 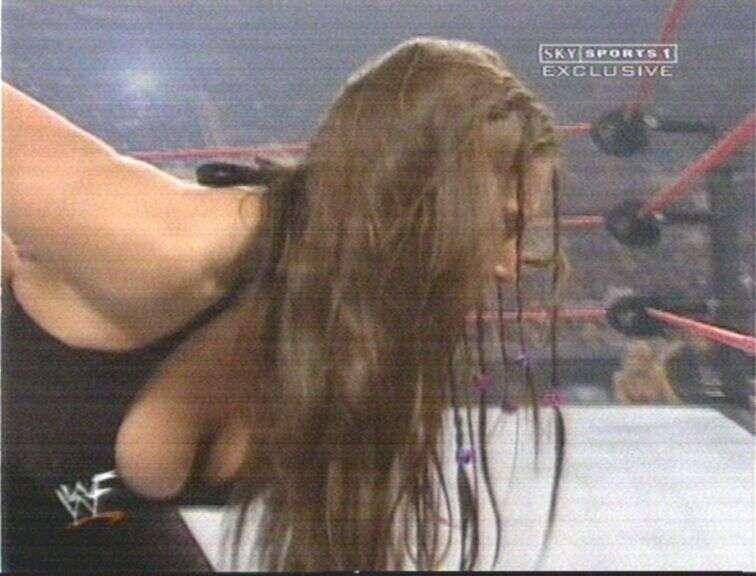 Together, Triple H and Stephanie went on to become one of the most power-hungry couples in the history of wrestling. The husband-and-wife team kicked off a ruthless dictatorship that controlled all of the WWF. Abusing their power as much as possible, they were both conveniently placed in situations that would benefit them most. As a result, it wasn’t long before Triple H had regained the WWF Championship, and Stephanie captured the Women’s Championship.

Stephanie elevated the rivalry with her father to new heights in July 2001. After already breaking his heart in 1999, Stephanie revealed herself as the new owner of Extreme Championship Wrestling (ECW), which she merged with her brother’s World Championship Wrestling (WCW) to form The Alliance. Stephanie and Shane’s goal was simple: Put their dad and the World Wrestling Federation out of business forever. The Alliance began as a very serious threat to Mr. McMahon’s empire, as many of his WWF Superstars jumped ship to Stephanie’s camp, including “Stone Cold” Steve Austin, William Regal and her former love interest, Test. In the end, however, The Alliance was forced to disband in November 2001 when they were beaten by Team WWF at the Survivor Series.

With the loss, Stephanie was finally forced out of the World Wrestling Federation, or so it seemed. In January 2002, she crafted a faux pregnancy to weasel her way back into the WWF, alongside her husband, Triple H. Her plan eventually backfired, however, when “The Game” discovered the hoax. Following the emotional roller coaster, an incensed Triple H demanded a divorce from his scheming wife. 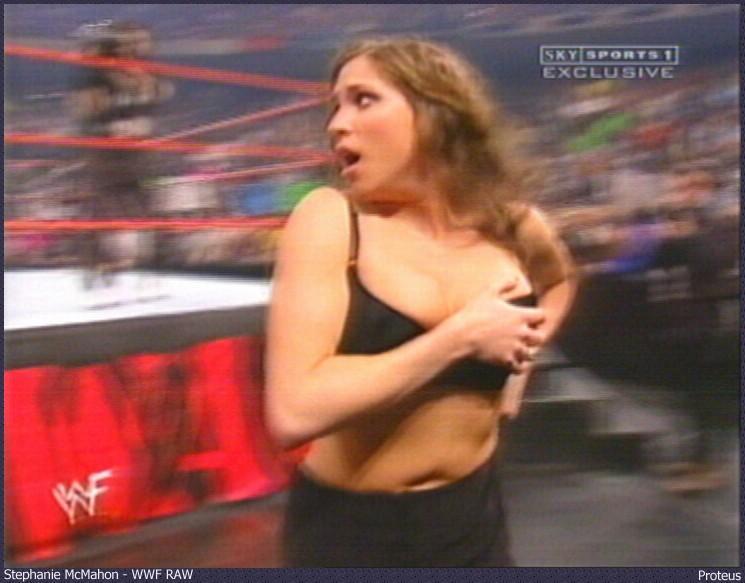 In July 2002, Stephanie returned to the company, which had been renamed WWE, when she took over the reigns of SmackDown. As the brand’s General Manager, she acquired some of biggest names in professional wrestling, including Hulk Hogan, Undertaker and Brock Lesnar. She is also credited with creating the WWE Tag Team Championship and resurrecting the prestigious United States Championship. Stephanie’s time in office came to a painful end in October 2003 when she lost an “I Quit” Match to her father at No Mercy.

Following the loss, Stephanie limited her public appearances in favor of assuming multiple executive roles behind the scenes. In 2013, Stephanie began appearing on WWE television more regularly under the character of an unctuous, judgmental, bullying owner alongside her husband, Triple H, who reigns as Chief Operating Officer. Together as a power couple known as The Authority, they make what are often shady decrees while claiming to only be concerned for “what’s best for business,” all the while romanticizing each other with public displays of affection.

Whether inside the ring or a boardroom, she’s never at a loss for enthusiasm. WWE may be considered a man’s world, but Stephanie continues to be a woman firmly in charge.