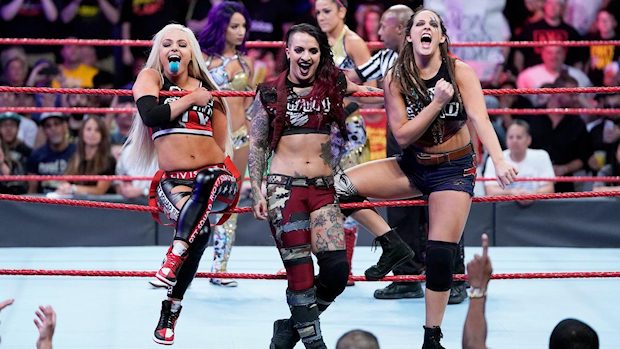 One day before WWE Super Show-Down, The Riott Squad decided to get some new ink to commemorate the day their alliance began.

As Liv Morgan revealed on Instagram, she, Ruby Riott and Sarah Logan all got matching “11/21/17” tattoos.

One day before the biggest match of our careers so far.. the squad is forever. @rubyriottwwe @sarahloganwwe

This in reference to the November 21, 2017, episode of SmackDown LIVE, where they made their WWE debut with a pair of shocking attacks. After brutalizing Naomi and Becky Lynch backstage, the trio mercilessly ambushed Natalya and Charlotte Flair during a SmackDown Women’s Championship Match.