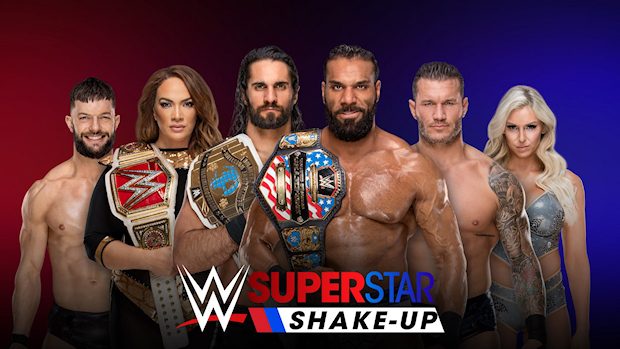 – Beginning Monday on Raw and continuing Tuesday night on SmackDown LIVE, the General Managers of each show will switch up their rosters in the 2018 Superstar Shake-up. You can expect to see those transferred to Raw immediately appear on tomorrow night’s show, but in the case of those switched to SmackDown LIVE, you’ll have to wait a little longer to see them debut on the blue brand.

According to PWInsider.com, just about every active SmackDown LIVE Superstar will be backstage at tomorrow’s Raw in Hartford, Connecticut. There is no SmackDown live event that evening, allowing those drafted from the blue brand to be available for cameos and matches on Raw.

According to F4WOnline.com, there won’t be too many Raw Superstars at Tuesday’s Smackdown LIVE in Providence, Rhode Island since immediately after Raw, many of them will be flying out to South Africa for a four-event tour.

– See alternate angles of the shocking SmackDown LIVE debut of Billie Kay and Peyton Royce, who brutalized Charlotte Flair, giving Carmella the opportunity to cash in her Money in the Bank contract and become SmackDown Women’s Champion.