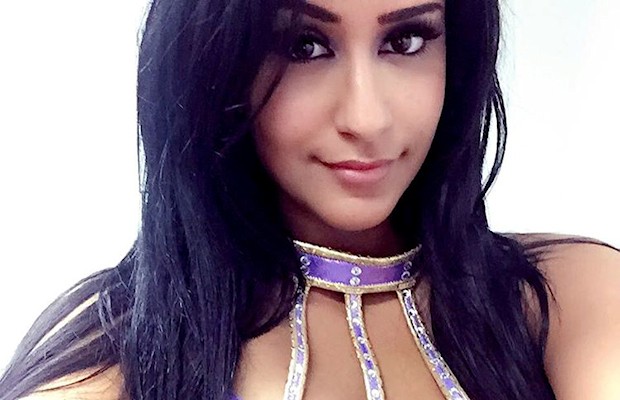 – We noted earlier in the week that 20 year old WWE NXT Diva Nhooph Al-Areebi, who goes by Jasmin, deleted her Twitter account after fans found racist comments she made when she was 16 and 17.

WWE issued this statement on the controversy:

“WWE conducted a thorough investigation and has determined that Nhooph Al-Areebi’s (aka Jasmin) Twitter account was used without her knowledge when she was 16 and 17 years old. Jasmin remains apologetic for any offensive remarks that were made.”

Jasmin commented, “Unfortunately, I used poor judgment sharing my Twitter account with someone else. I am truly sorry for any offensive remarks that were posted.”