– WWE Studios recently applied to trademark “Clear Water Pictures.” This is apparently a company set up to produce and distribute faith-based films, programming, mobile apps and other forms of content. As noted, WWE announced earlier this year that they acquired faith-based movie “The Resurrection of Gavin Stone” with Shawn Michaels, and will release it in July.

– After The Rock closed 2015 with the cover of Muscle & Fitness, John Cena is kicking off 2016 with the cover as he’s been announced for the January 2016 issue. WWE notes that the issue looks at Cena’s passion and what continues to motivate him. Cena explains that self-improvement and striving to be better is what keeps him going. He commented, “The moment you think you’ve made it, you’re done. That’s when you need to go fishing.” The cover is on newsstands now and here is a photo from WWE: 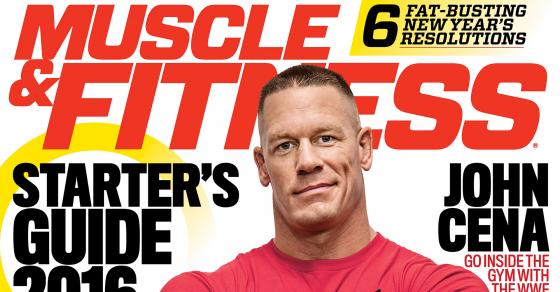