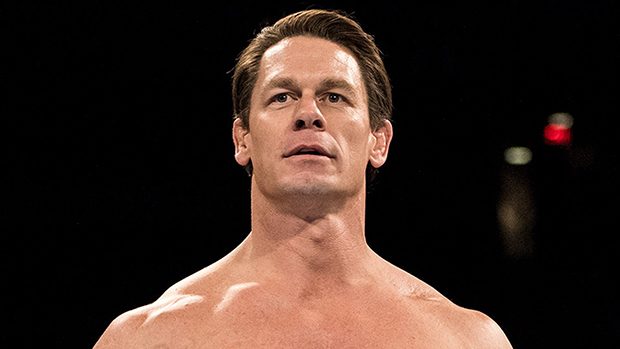 John Cena unveiled his all-new haircut on Tuesday while speaking Mandarin. WWE posted a video compilation of his before-and-after transformation from his official account on Weibo — a social media platform in China.

“Hello friends! Long time no see,” Cena said. “A year ago I shot a film with Jackie Chan. The director asked me if I could change my hairstyle. So right now you can see it’s long and wild. Now I’m filming a new movie and the director asked me if I can change my hairstyle. So now I will *snip*snip*snip* my hair. My role in this film is a secret! I can’t tell you anything about this role but I can let you see my new look! See ya!”

Cena then reappears showing off his new hairstyle, which is quite similar to his usual hairstyle.

Cena continued, “Hello friends! Look at me now. I have a lot less hair now. So I’m all done with my hairstyle change for my new role in my new action movie. I’ll probably have another haircut in the future. Just a small cut but for now I will look more like WWE John Cena. That look is similar to what I look like now so a lot of WWE fans will be very excited. I’m excited because my hair is comfortable and not wild and crazy. So now you see me! See ya!”

Cena’s secret movie is Fast & Furious 9, which he started being filmed for last week. The film is tentatively scheduled to be released in United States theaters on May 22, 2020.

You can also see Cena’s Weibo account here, which pretty much features videos of him speaking in Mandarin.