With Becky Lynch as her tag team partner, the babyface duo beat Billie Kay and Peyton Royce after Lynch forced one of The IIconics to submit to the Dis-arm-her.

Lynch had a fun time with Cross and posted these two photos on Instagram Stories before their match. 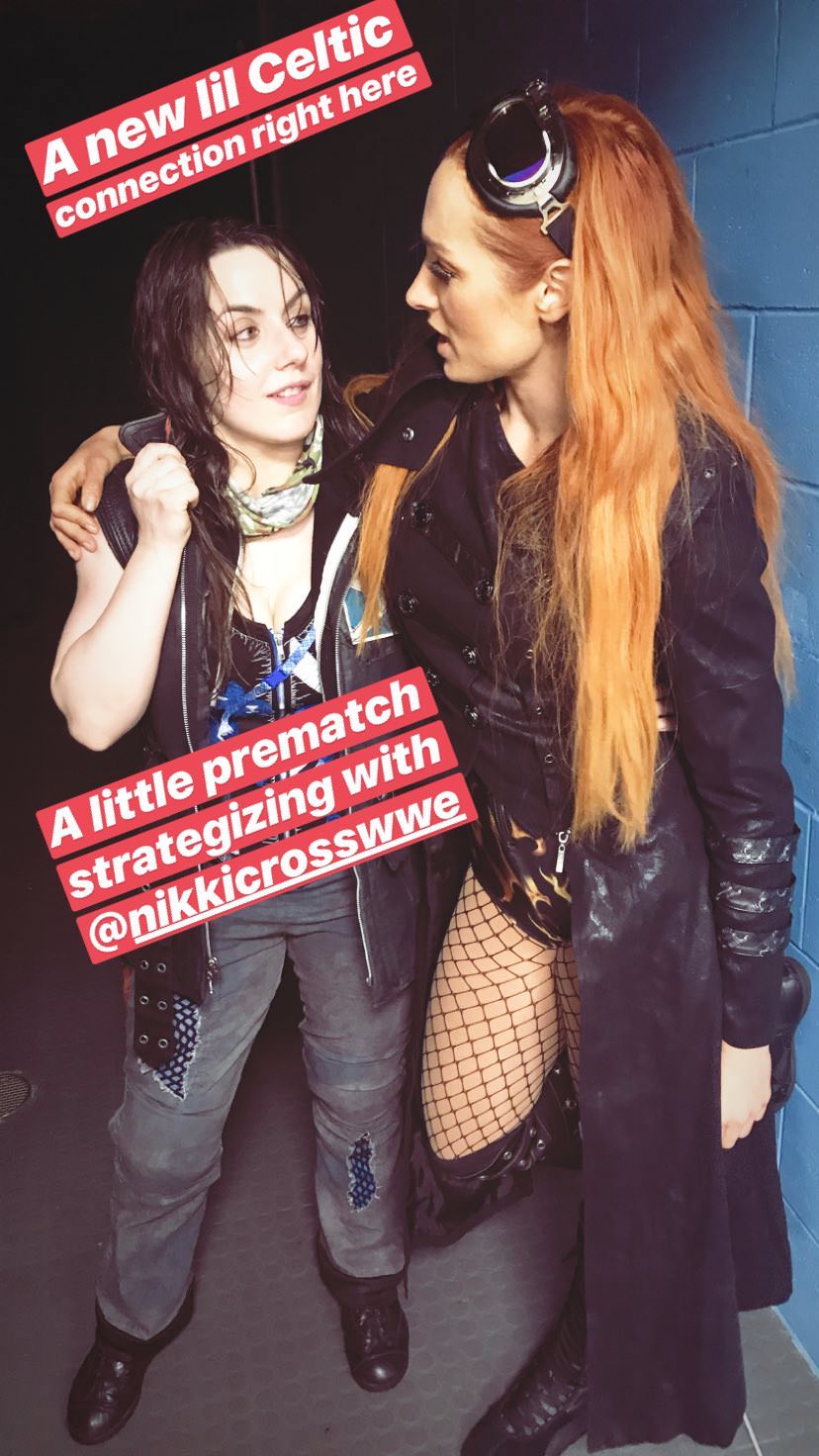 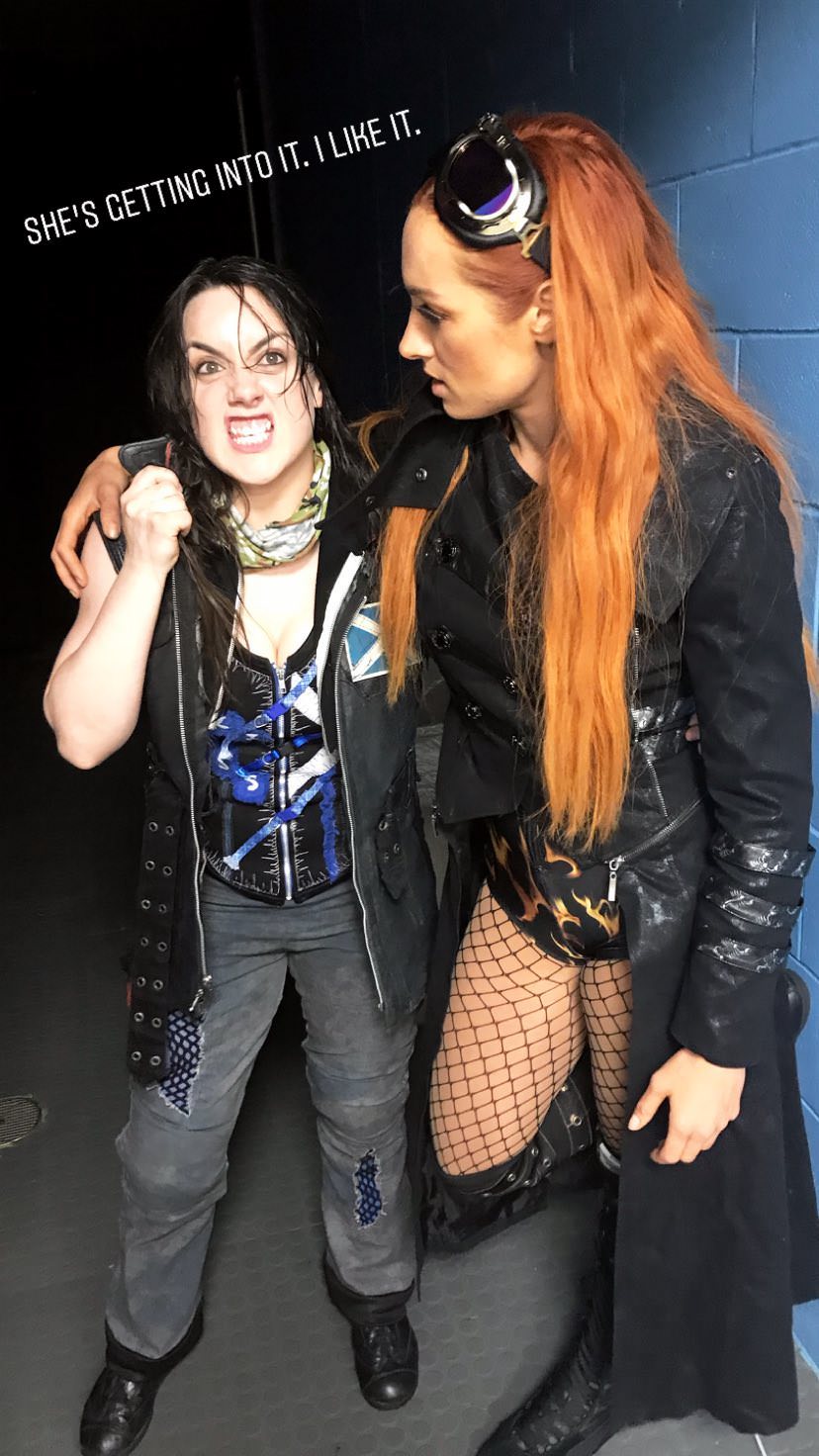 Cross’ appearance doesn’t necessarily mean that she’s being promoted to the main roster since WWE has long used NXT talent in various spots at live events as necessary.

Cross was associated with SAnitY when the group was formed in 2016 and up until a few months ago. She didn’t join Eric Young, Alexander Wolfe, and Killian Dain when they were promoted to SmackDown LIVE in April as part of the 2018 SuperStar Shakeup.

Since splitting from SAnitY, Cross has continued to wrestle in NXT, even landing an NXT Women’s Championship Match against Shayna Baszler at NXT TakeOver: Chicago II last month. Baszler retained the title after forcing Cross to submit to the Kirifuda Clutch.

Prior to joining WWE’s developmental system in 2016, Cross wrestled on the independent circuit — mostly in Europe, with some shows in the United States — under the name Nikki Storm. She most notably competed for Insane Championship Wrestling, Pro-Wrestling: EVE, and Shimmer Women Athletes.