Flair posted a video clip of her workout this morning on Instagram Story and noted that it was her first day back after taking three weeks off. She adds that her workout was “lower body only.” 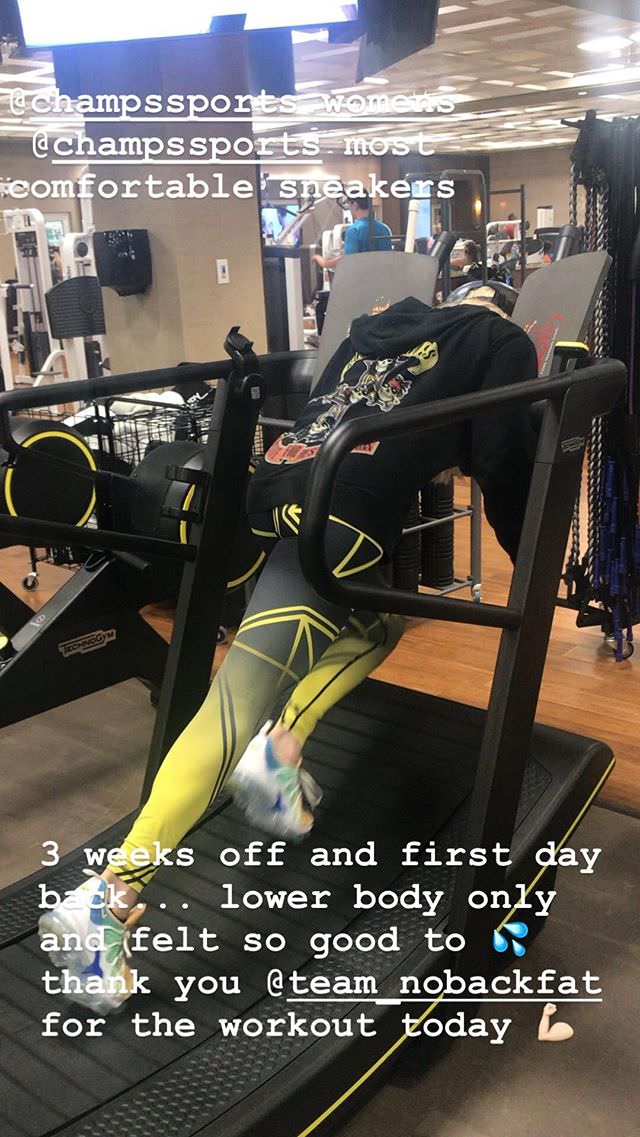 There is no word yet on how long Flair will be out of action. She last wrestled on June 17 at WWE Money in the Bank, where she competed in the Women’s Money in the Bank Ladder Match. WWE has not addressed her absence from television.

– Last Tuesday on SmackDown LIVE, a “battle of the sexes” match between Asuka and James Ellsworth ended in a double count-out. Immediately following the contest, SmackDown LIVE General Manager Paige announced that Ellsworth would face Asuka again on this week’s show, but in a Lumberjack Match with the “entire” SmackDown LIVE Women’s division surrounding the ring.

On the latest edition of This Week In WWE on the WWE Network, a graphic aired revealing the Lumberjacks in the match. They are Peyton Royce, Billie Kay, Mandy Rose, Sonya Deville, Lana, Becky Lynch, Naomi and SmackDown Women’s Champion Carmella.

Ellsworth posted the graphic on Twitter, adding that Paige put him in an unfair situation.

– Stephanie McMahon spoke this morning at the 2018 Girl Up Leadership Summit in Washington D.C., a global movement for gender equality. She talked about her experience in this Instagram post.

I was so incredibly proud to be a part of the @girlupcampaign summit today, whose goal is uniting girls to change the world. Listening to some of the Teen Leaders speak and feeling the positive energy in the room, I feel more confident than ever in our future. #GirlsLead18 #Diversity #Inclusion #Leader #Love

Marcel Barthel, which is his real name, is best known for his work on the independent circuit in Germany, under the ring name Axel Dieter Jr. After making his wrestling debut in 2008, he worked almost exclusively in his home country of Germany, most notably for Westside Xtreme Wrestling (wXw), with occasional appearances in the United Kingdom for Progress Wrestling. In wXw, Dieter was a two-time World Tag Team Champion and a one-time Unified World Wrestling Champion before signing with WWE in 2017. Barthel has yet to appear on NXT television after making his debut for the brand at a house show in June 2017. Since that time, he’s worked over 60 matches at house shows.

– In this clip from last night’s episode of Total Bellas, Nikki Bella finds her new wedding dress with the help of Brie Bella and her wedding planners.