WWE Legend Pulled Due to Health, The Wyatts vs. The Dudleyz, The Undertaker Gets WWE DVD Cover - PWPIX.net

Home / Wrestling News / WWE News / WWE Legend Pulled Due to Health, The Wyatts vs. The Dudleyz, The Undertaker Gets WWE DVD Cover

WWE Legend Pulled Due to Health, The Wyatts vs. The Dudleyz, The Undertaker Gets WWE DVD Cover

– WrestleCade announced that WWE Hall of Famer Harley Race has been pulled from tomorrow’s WrestleCade IV event in Winston-Salem, North Carolina due to his health. We will be live at WrestleCade with photos and results from the matches.

– WWE is going forward with the feud between The Dudley Boyz vs. The Wyatt Family after the beatdowns on last week’s RAW and SmackDown. They posted this teaser for Monday’s RAW:

We don’t want to imagine what Thanksgiving is like in the Wyatt compound, but The Eater of Worlds and his cruel kin gorged themselves on destruction this past Thursday on SmackDown, where they destroyed D-Von Dudley and sent his brother Bubba Ray through a table — using The Dudley Boyz’ own pine-splintering pastime against them.

Bray Wyatt, Luke Harper, Erick Rowan and Braun Strowman have twice obliterated Dudleyville’s favorite sons since Survivor Series, but something tells us the macabre quartet is just getting started. What sinister plans do The Wyatt Family have for Raw?

– The Undertaker is featured on the cover of the 2015 WWE Survivor Series DVD, which comes out on December 22nd. Here is the artwork from Amazon: 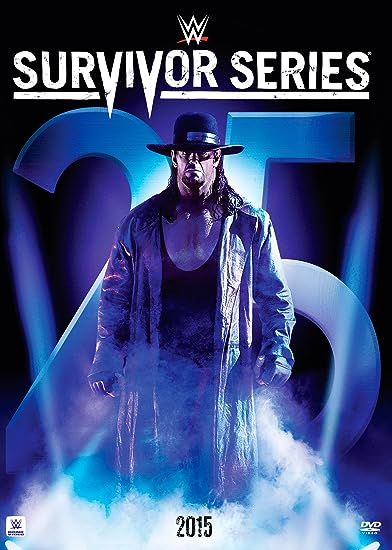