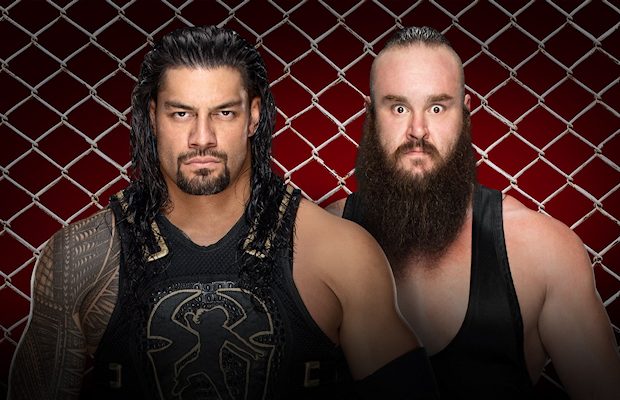 – Roman Reigns battles Braun Strowman in a Steel Cage Match tonight on Raw. In this video, Cathy Kelley tells you five things you need to know before tonight’s show.

– Bray Wyatt and Bo Dallas both missed this past weekend’s WWE live events after missing Raw last week. Wyatt also missed live events he was scheduled for the weekend before. Wyatt hasn’t wrestled since working a dark match on Raw on October 2, where he was defeated by Finn Balor.

Dave Meltzer reported in the latest issue of the Wrestling Observer Newsletter that Dallas missed Raw due to illness, but wasn’t sure as to what happened to Wyatt.

– In this video, Daniel Bryan and Brie Bella take daughter Birdie to get her first pumpkin.