Ahmed Johnson On Backstage Fight With The Rock, Which WWE Hall of Famer He Wants To Beat Up - PWPIX.net

Home / Wrestling News / WWE News / Ahmed Johnson On Backstage Fight With The Rock, Which WWE Hall of Famer He Wants To Beat Up

Ahmed Johnson On Backstage Fight With The Rock, Which WWE Hall of Famer He Wants To Beat Up 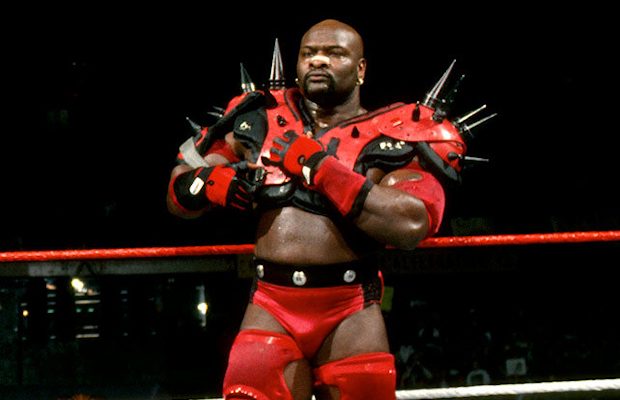 In this rare interview, former WWE Superstar Ahmed Johnson puts everything on the table and dishes on his controversial career and other topics in wrestling. Here a few highlights from this very revealing interview.

His backstage fight with The Rock over Triple H and Shawn Michaels being racist:

“What happened was, he was back in the locker room and I was already back there on the other side of the lockers, so, he couldn’t see me. And he walked in there with Triple H and Shawn, and they were all talking and they were making black jokes, and they didn’t know I was there. When Triple H said, ‘Man, we were joking Rocky, we were joking,’ and Rock said, ‘That’s okay, people look at me and think I’m black. I’m not black, man. My dad had an affair on my dad with a white man. That’s my dad. The white guy is my dad.’

“He was serious as a heart attack. So I stepped from around the locker and said, ‘What you just say?’ He said, ‘Aw, aw, nothing, man, you know just here bullshitting,’ and I said, ‘Yeah, I heard you over there selling that bullshit, man. What did you say about your dad? You mean to tell me this man bust his ass for us to be in this federation, and you’re denying him?’ Then he got cocky and said, ‘Man, this ain’t none of your business’ Once he said that, we went for blows. After that, Ron Simmons and Papa Shango broke it up.”

Responds to WWE Hall of Famer Theodore Long calling him an “idiot” in an interview:

“That bitch. First of all, I don’t even know this punk motherfucker. Ain’t never met him once in my life. Never. Never ever been in the same room with this fool. And I’ll tell you right now, straight up, if I ever see him cause he’s got himself going around with churches and being a Christian, I swear to God if he ever comes to Houston, I’m giving you my word, I’m going to that church where it is he is, and I’m gonna go to him and I’m gonna slap him in the fucking face. And I mean that with all my heart. He’s going to be more elderly when I get done with him.”

Long calling Johnson an idiot is from a podcast interview he did last year, which you can listen to here.

His thoughts on The New Day:

“Now come on, don’t one of them got a doctorate degree or something? Come on, man. But he [Vince] got you acting like a clown on a clown car. I think it is shucking and jiving for him. I just think that especially homeboy with that degree [Xavier Woods], they can find something better for him. He could be like a Clarence Mason, like a black wrestling Clarence Mason.”

If he would welcome closure with Vince McMahon:

– Losing his patience with Goldust during their feud.

– Racism he experienced in WWE, specific examples and names, including who he thinks wrote the “N-word” on his car after winning the Intercontinental Championship.

– His experiences working with Vince McMahon.

– What he thinks of each member of the Nation of Domination, calls D’Lo, “She-Lo.”

– Why his view of Booker T is unfavorable.

– Plus, thoughts on MC Hammer, Owen Hart, WCW, being asked to change his wrestling style, and more.