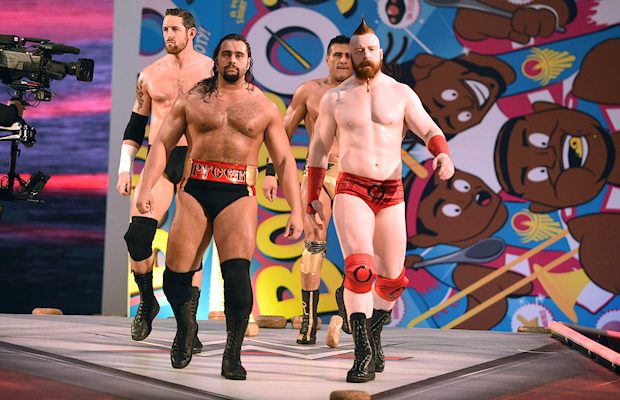 WWE’s annual post-WrestleMania jaunt to European shores comes with a vast amount of media interviews, and Alberto Del Rio has been particularly busy during the Spanish leg of the 2016 tour. The majority of his quotes have been centered on WrestleMania and the worldwide-scope of the company, but the former WWE Champion has also all but confirmed the end of The League of Nations.

Del Rio said the group was put together for WrestleMania to try to create strength in numbers because of so many injuries to the roster. The group dumped King Barrett to write him out of television, but continued after Mania to feud with The Wyatts.

However, with Bray Wyatt being injured on the European Tour, Del Rio said the League no longer has a purpose.

“We as a group have never worked very well, so we decided that it is better to separate,” Del Rio said in an interview in Spanish. “I think Bray Wyatt is hurt, and all this will come to nothing.”

WWE randomly had the two heel factions start feuding after WrestleMania with no storyline explanation. Then, Bray Wyatt was abruptly shifted to a favorable face role partnering with Roman Reigns on the Raw before he was injured. Now that Bray is out of the picture for an undetermined length of time due to injury, Del Rio said it’s time to move on.

Del Rio also said that WWE is considering a full-fledged tour of Spain. He said the tour finale in Malaga, Spain was an experiment to see how well a town besides the big cities of Madrid and Barcelona would draw.