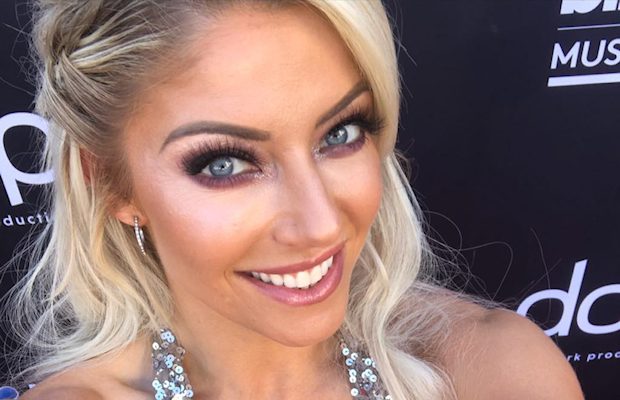 On April 28, 2017, both The Sun and the New York Post reported that nude photos allegedly of Bliss leaked online.

In the photos, the WWE Superstar purportedly appears naked in a series of intimate positions.

Bliss — real name Alexis ‘Lexi’ Kaufman — vehemently denied that she is the person seen in the photos.

“Once again, the risqué photos on the Internet supposedly of me are bogus,” Bliss said on Twitter shortly after the story broke.

The images in question have actually been circulating for a few years now and it was not the first time she took to Twitter to call them bogus.

At least one of the images was proven phony. On May 26, 2015, a Reddit user revealed that a photo got superimposed with a shot of Alexa’s face. The source photo is of a nude blonde woman who some have speculated as adult star Cameron Dee.

Bliss is not the only wrestler targeted with an alleged photo leak. Risqué images purportedly of Summer Rae were also posted online, although she took to Twitter to deny its legitimacy.

Kaitlyn, Maria Kanellis, Melina Perez, and Victoria were also targeted by hackers as naked photos of them spread across multiple websites and social media platforms.