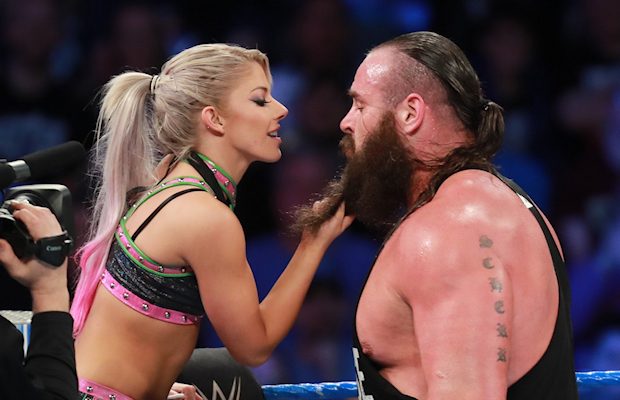 – During the latest episode of WWE Ride Along with Braun Strowman and Alexa Bliss, “The Monster Among Men” brought up their romance on Mixed Match Challenge. Strowman said that while he had the “Get These Hands” movement going, he was hoping for the “Get These Lips” movement with Bliss. After Strowman tells Bliss she was playing hard to get, Bliss says she has to because she can’t just go around kissing everyone.

– After two weeks of vignettes, Kona Reeves returned to NXT on tonight’s episode as the self-proclaimed “Finest” Superstar.

Sporting a new look and a pompous attitude, Reeves made a triumphant return to action, trouncing Patrick Scott in short order. He punished Scott with a gut-wrench suplex and an elbow drop before finishing him off with the Hawaiian Drop, a devastating modified version of the Samoan Drop.

In this post-match interview, Reeves goes off on Mike Rome after he calls him a relative newcomer. Reeves says that he’s been in NXT for three-and-half years and is not a newcomer. Reeves, however, says, “New Kona, yes.”

“The Finest” has just one piece of advice for everyone: “Just watch.”