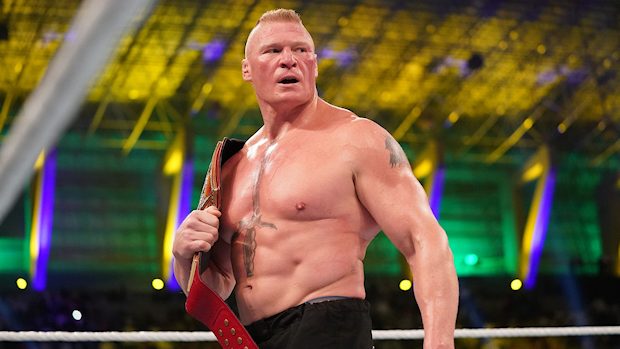 Over the past few days, there have been plenty of stories popping up about Nia Jax having backstage heat in WWE. This comes after she injured Becky Lynch on Monday Night Raw with a stiff punch to the head.

It turns out that Nia isn’t the only WWE star that has some heat backstage.

According to Dave Meltzer in the latest issue of the Wrestling Observer Newsletter, there are a number of wrestlers who are frustrated with Brock Lesnar and WWE officials giving him preferential treatment.

The frustration comes from the feeling that Lesnar is bulletproof in WWE and can pretty much do whatever he wants. Meltzer said that multiple wrestlers complained to him about Lesnar this week about how dangerous and reckless his two German suplexes to Sunil Singh were on Raw in an in-ring segment with Jinder Mahal. Singh landed on his neck both times but apparently didn’t get badly injured.

Here is a clip of Singh landing on his neck the first time.

Here is a longer clip of Lesnar attacking Mahal and The Singh Brothers.

Meltzer said that he heard from more WWE talent being upset with Lesnar than Jax. However, as evidenced by a number of female performers ripping Meltzer on Twitter last August over comments he made about Peyton Royce, he probably doesn’t talk to many of them.

Meltzer reported last week that there’s “a significant angle that is supposed to be a part of Brock Lesnar’s storyline going forward.” It involves multiple wrestlers, so maybe this will play off the real-life resentment.