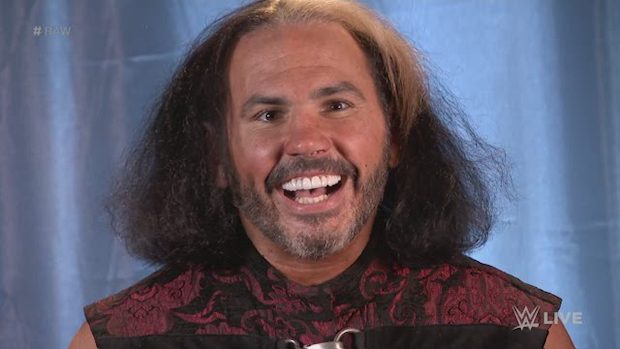 – Matt Hardy’s “Broken” status has reawoken, and there is a significant proponent of the “Woken” character in WWE:

Hardy’s mannerisms, creativity, and passion for the character will be on full display within his “Woken” state.

According to a report today by Justin Barrasso of Sports Illustrated, he was told by a person in WWE that Hardy will be allowed a creative license by McMahon, who sees an opportunity to cash in on a character that is already established.

– Lince Dorado and TJP (aka TJ Perkins) have been missing in action for the past several weeks as neither 205 Live star has worked a match since early October. According to PWInsider.com, both wrestlers have been kept off television as of late because the creative team has nothing for them. Rather than spend money to fly them around to hang out backstage, WWE is keeping them at home until creative works them back into the mix.

– In this clip from tonight’s episode of Total Divas, Alexa Bliss and Nia Jax visit a pig farm.