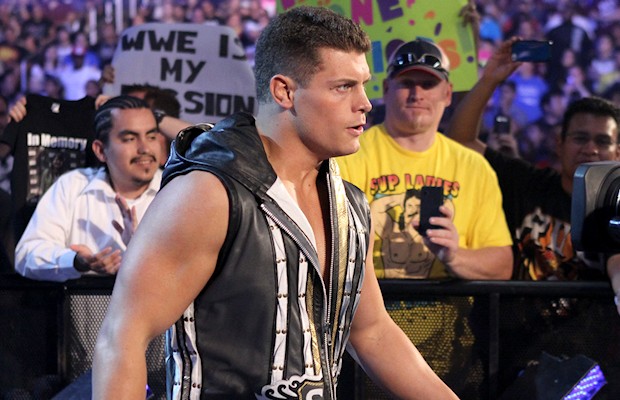 In regards to speculation that Cody Rhodes asking for his WWE release may be part of a storyline, PWInsider reports that people who have spoken to Cody say he absolutely has decided he wants out of the company after 10 years. Word is that Cody has given his departure a lot of thought.

As of today, Cody is still under contract to WWE. I heard from another source that said WWE was planning on letting Cody’s contract run out, possibly this summer, but he asked to be let go before it expires.

We noted earlier in the week that Cody and brother Goldust left Tuesday’s WWE SmackDown tapings before the began. PWInsider adds that there are no issues between WWE and Goldust right now.