Backstage News On Paige Not Returning On Raw - PWPIX.net

Backstage News On Paige Not Returning On Raw 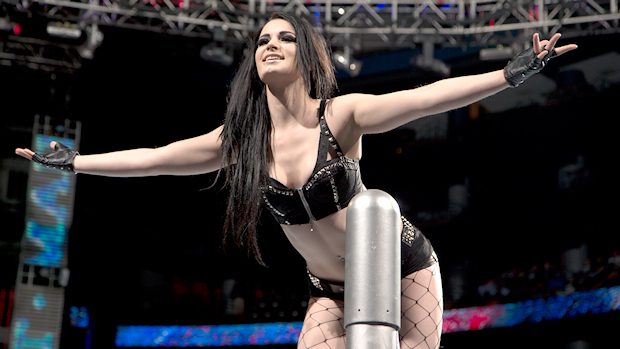 As seen last night on Raw, Bayley beat Mickie James and Dana Brooke in a Triple Threat Match to become the final member of the Women’s Raw Survivor Series team.

WWE officials debated on whether to put Paige on the Women’s Raw Survivor Series team, according to both F4WOnline.com’s Dave Meltzer and PWInsider.com’s Mike Johnson. Meltzer said on the post-Raw edition of Wrestling Observer Radio that one point, WWE planned on having Paige make her return on Raw and win the match to secure a spot on the Women’s Raw Survivor Series team. The company, however, changed the outcome to Bayley winning despite having Paige travel to Atlanta, Georgia for the show.

Meltzer also noted that Bayley was WWE’s original choice for the final member of the Women’s Raw Survivor Series team. They apparently came up with the idea for Paige to possibly return late last week.

It is not known why WWE decided against Paige returning on Raw. One WWE talent pointed out to Johnson that Paige posting a photo of herself with Alicia Fox on Sunday night was probably the worst idea she could have had if she was trying to stay under the radar and just get back to work.

During Raw, Paige posted a video of herself backstage with Renee Young.

Paige hasn’t wrestled since June 2016, at which point she took time off due to a rash of injuries. After being drafted to Raw in the WWE Draft, Paige received a 30-day suspension for a wellness violation in August 2016 and then earned a 60-day suspension for a second violation two months later. In October 2016, she underwent neck surgery. She resumed in-ring training in September at the WWE Performance Center and has been working on her return since then.