Backstage Update On The Undertaker vs. John Cena At WrestleMania 34 - PWPIX.net

Backstage Update On The Undertaker vs. John Cena At WrestleMania 34 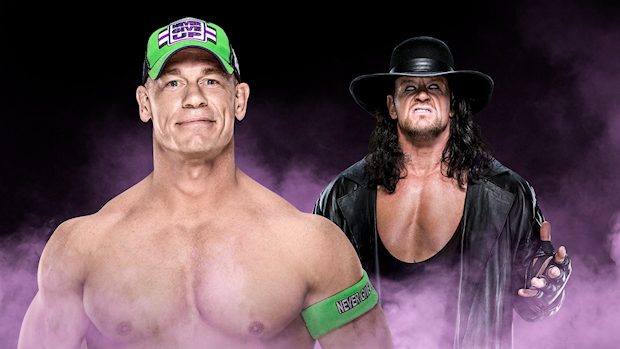 “Undertaker will obviously be in New Orleans to confront Cena,” Meltzer wrote.

The last word Meltzer got on this bizarre angle, which was on Tuesday, is that from Vince McMahon’s standpoint, he believes that WWE fans know The Undertaker will show up at WrestleMania and this is the “story” that brings him back to “kick Cena’s ass.”

McMahon and other WWE officials are also of the belief that announcing Taker in advance won’t compel anyone to purchase a subscription to the WWE Network, as anyone inclined is getting a subscription for WrestleMania anyway.

“This is Vince McMahon’s story and he seems very happy with it,” Meltzer wrote. “I think part of it is that Vince McMahon can say, `People are invested in the mere chance Undertaker will show up!'”

At this time, Meltzer does not know if they will have a match on Sunday, or just a confrontation to build to a match for WrestleMania next year. He says that original plans for their encounter at WrestleMania 34, which date back several months, was for it to be a match.