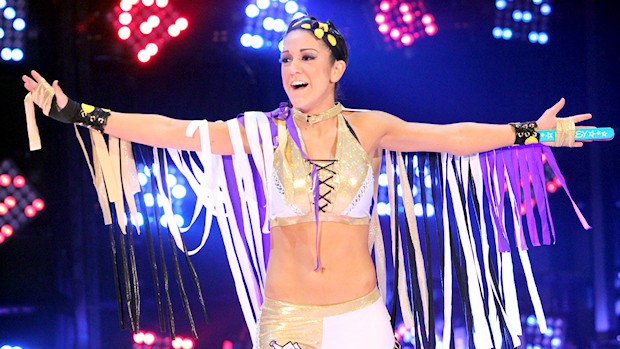 – The former Kana, now known as Asuka, will be on next week’s WWE NXT. She will be signing her contract. Below is a promo:

– Blake and Murphy vs. The Vaudevillians for the WWE NXT Tag Team Titles and Bull Dempsey vs. Tyler Breeze will take place on next week’s NXT.

– In the video below, NXT Women’s Champion Bayley reacts to the news of her 30-minute Ironwoman Match against Sasha Banks at “Takeover: Respect” next month. Bayley says they’re making history and nobody will be able to take that from them. NXT General Manager William Regal also comments and says he made the match because he knew they were capable of taking each other to the limit. He says he made it the main event because they deserve it. Regal says this match will change the world as NXT does.