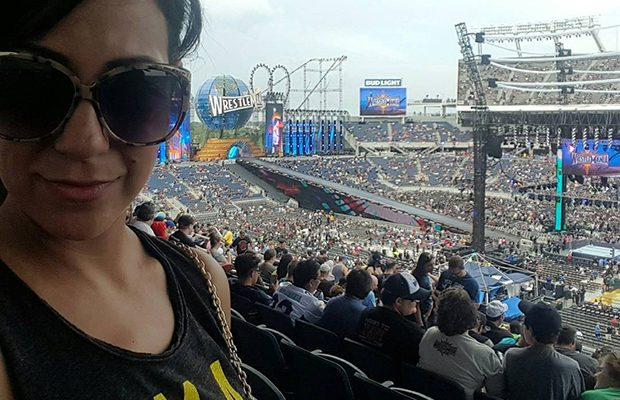 In September 2017, some photos surfaced on the wrestling corners of social media of a woman who was said to be Bayley’s sister. One of the photos included a busty bikini selfie, which came from an Instagram account that the WWE Superstar followed (and still does).

Although the resemblance is very similar, there was no concrete proof as to whether they’re actually sisters since the Instagram account was set to private. The rumors, however, have now been proven correct.

The woman in the above photo recently made her Instagram public again and she is indeed Bayley’s sister. There are a number of posts of her wearing Bayley T-shirts and putting over “The Huggable One”‘s success in WWE. In one post of her wearing a Bayley T-shirt, Bayley responds by saying she looks “cute” and calling her “sista.”

It’s quite clear that they like keeping their relationship away from the public eye because not too many fans even have a clue that Bayley has a sister. With their striking physical similarities (including body shape), Brenda could fool some fans into believing she was Bayley if she were to dress up in her sister’s wrestling attire.