Will Becky Lynch Defend The SmackDown Women’s Championship At WWE Money in the Bank? 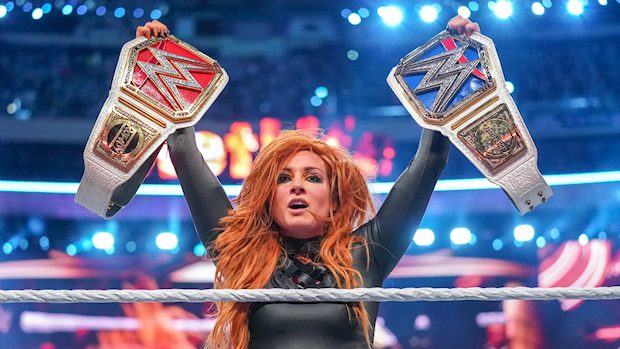 Lacey Evans confirmed what many expected last night on Raw as “The Lady of WWE” announced her intention to challenge Becky Lynch for the Raw Women’s Championship at WWE Money in the Bank on May 19.

After Lynch defeated Alicia Fox on Raw, Evans nailed Lynch with the Woman’s Right. Evans then laid her out with another one when Lynch got up.

This reportedly won’t be Lynch’s only match at Money in the Bank. Dave Meltzer said on the post-Raw edition of Wrestling Observer Radio that WWE plans on having Lynch defend the SmackDown Women’s Championship as well in a separate match.

Lynch will likely face Charlotte Flair as the two rivals come face-to-face for the first time since WrestleMania 35 tonight on SmackDown LIVE. Ahead of their confrontation, Lynch indicated on Twitter that she wants to move on from her.