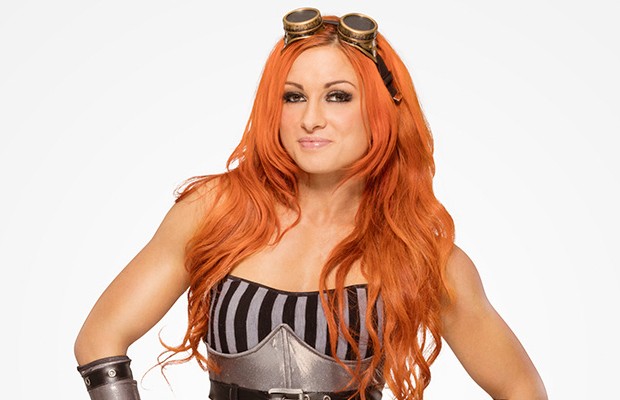 – Becky Lynch spoke with Kara Rota for the October – November issue of Irish America magazine. The full in-depth interview is at this link. Below are some highlights:

Setting herself apart as a performer:

“I think when you’ve got a passion for something, it comes out of you and people can feel it. Then your mind is so geared towards that, and how you can improve on it, and you’re so excited about performing that it comes together… Everybody has that thing about them that makes them special, and sometimes we try to dull it down or we don’t always want to expose it, and maybe we’ve been taught that way or whatever. It’s just a matter of letting it out and letting it go and letting people in on it.”

“For me right now, what is going on is what I’ve always dreamed of and what I’ve always wanted, and it’s that [female wrestlers] have this credibility. Before this, I think women’s wrestling wasn’t always respected. It was more of an afterthought. We want it where it’s not just, ‘Oh it’s a girl’s match, let me go put the kettle on and have a cup of tea,’ or whatever. It’s like, ‘Oh, no, the girls are on. I need to see this. I can’t miss it!’ We want that for women’s wrestling. For the whole state of the division. For women in general, you know what I mean? It should never be an afterthought. It should always be that we are equally as credible as the guys, if not more so.”

“When I walk down to the Performance Center, there’s a hallway, and there’s a display of all the pay-per-view posters. It’s all the headliners, all the moneymakers, and they’re all men. All of them. Every single one of them. I walk down and every single time I just kind of shake my head a little bit. Because I know in five years, definitely in ten years, but no, five years, even three years, I know I’m going to be walking down and I’m going to see female wrestlers like Charlotte Flair and Sasha Banks and Bayley, and maybe myself, there on those posters. That’s what it’s going to be, because that is the future.”