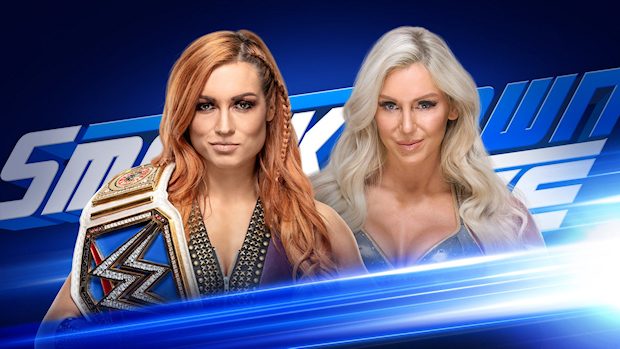 – At WWE Super Show-Down, Becky Lynch intentionally got herself disqualified against Charlotte Flair in order to retain the SmackDown Women’s Championship. After WWE announced yesterday that a rematch would take place this week on SmackDown LIVE, a stipulation has been added to the bout.

WWE.com announced today that Lynch will lose the SmackDown Women’s Championship to Flair if she gets disqualified.

As you would expect, Lynch isn’t happy with this stipulation.

Even when I’m the champion, they still tip the scales against me. Looks like I’m fighting a battle on both sides of the curtain. Nothing new therehttps://t.co/YYUd4Ck5YT

In this post-match interview at WWE Super Show-Down, Lynch said that she no issues with how she retained the SmackDown Women’s Championship.

– On this week’s brand-new episode of Total Divas, Nia Jax sets Paige up on a date with her brother.

Here is the synopsis, which airs on Wednesday at 9|8c on E!.

“With a persistent Nia trying to set up Paige with her brother, Paige is faced with coming clean with a big secret she has been keeping from everyone. Meanwhile, chaos ensues when Nattie tries to convince everyone that she is a great hostess, even though she cannot get food on the table. Brie is faced with mom guilt as she struggles to continue breastfeeding Birdie.”

– In honor of Rhyno’s 44th birthday today, WWE posted this clip of him beating Tajiri at Unforgiven 2001 to capture the WCW United States Championship.