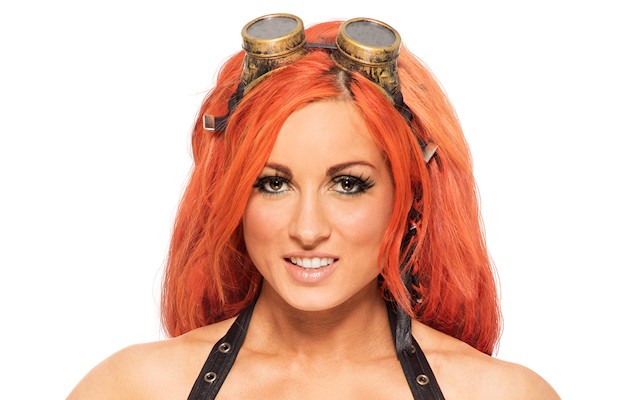 Becky Lynch recently spoke with Sports Illustrated’s Extra Mustard website to promote WWE SummerSlam. The full interview is at this link and below are highlights

Being separated from Sasha Banks and Charlotte in the WWE Draft:

“Let me walk you through my seven stages of grief. First, I knew that I wouldn’t be on the same brand as the two of them. There was no way they were going to have all three on one brand. I just didn’t know how they were going to break us up. When I was drafted to Smackdown, I was like, ‘Hell yes, I’m going to captain this ship.’ Then I was like, ‘Oh wait, you’re losing your best friend and travel partner, and the person you enjoy having matches with the absolute most.’ That’s Charlotte. We travel together, and she is my best friend. On the other hand, it was a whole new beginning and a fresh start. When I look around the locker room, I could not be happier. All the girls are excited to work. They’re hungry, and they want to make good stories and good matches, and we’ve got the potential to do that. I know we’ll link up, but the brand split is going to be interesting. At some point, people are going to cross over, so we will meet again–all three of us, and hopefully all four of us, Bayley included.”

The women’s division on SmackDown:

“We want a women’s champion on Smackdown. I would like to bring that in, but I would like to win the belt that everybody wants [Sasha Banks’ WWE women’s championship]. I want whatever storyline I’m in to be the storyline that people want to watch and care about. I want to make this women’s division worth watching on Smackdown, and make Smackdown the show to watch with enticing stories and entertainment.”

“I wouldn’t be here if it weren’t for Finn. I wouldn’t be here if he didn’t open that little wrestling school in this little school hall at St. Andrew’s down in Bray County Wicklow [Ireland]—which was an hour train ride for me, and then a half hour walk to the school. I remember walking into the school, and I’d just come off watching Tough Enough, so I expected to see this warehouse with a big name outside of it, and I’d open the doors and there would be these tough burly lads standing inside a ring. When I walked in, and there was lovely Finn, with his big smile, ‘How are you lads?’ he asked me and my brother. There were blue padded mats on the floor, a bunch of young teenage rocker kids with hair they were attempting to grow out, and I thought to myself, ‘So this is pro wrestling.’ We learned on these little mats for the first few months until we got a ring, and to see Finn go from there to headlining SummerSlam, it’s an unbelievable journey for him and I’m so excited for him. He deserves absolutely everything he gets. And Seth Rollins is one of my favorite people on the roster, and somebody who has looked out for me since day one, so I’m really excited to see what the two of them bring. I know they’re going to bring it.”