Bianca Belair On Wrestling In Building Where She Had Her High School Graduation; How She Joined WWE - PWPIX.net

Home / Wrestling News / WWE News / Bianca Belair On Wrestling In Building Where She Had Her High School Graduation; How She Joined WWE

Bianca Belair On Wrestling In Building Where She Had Her High School Graduation; How She Joined WWE 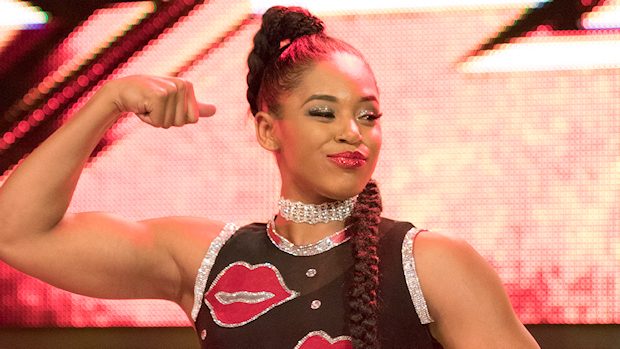 On Sunday, Bianca Belair — real name Bianca Blair — returns to her hometown of Knoxville, Tennessee for an NXT live event at the Knoxville Civic Coliseum. The NXT star is excited to return to the building where she graduated from Austin-East Magnet High School in 2007.

“It’s hard to put into words,” Belair said in an interview with Knoxville News Sentinel.

Belair was on the track team at Austin-East and won multiple state titles in the 100 hurdles and 300 hurdles. After graduating, Belair enrolled at the University of South Carolina. She later transferred to Texas A&M and then attended the University of Tennessee from 2010 to 2012. After graduating in 2012, her brother, Austin-East head football coach Jeff Phillips, suggested she try out CrossFit. This eventually led her to WWE.

Her father, Leonard Blair, said, “So she got into CrossFit and sustained an injury and had to bail out on that, and then she actually was in a CrossFit competition in Puerto Rico, and Mark Henry, one of the big-time wrestlers, he saw her in competition online or somewhere and contacted her and suggested that she try it out and said he could get her a tryout, so she tried out.”

Belair tried out for WWE in March 2015 and again in September 2015. She was hired after her second tryout and reported to the WWE Performance Center in April 2016. She made her in-ring debut in September 2016 and now has over 60 matches under her belt.