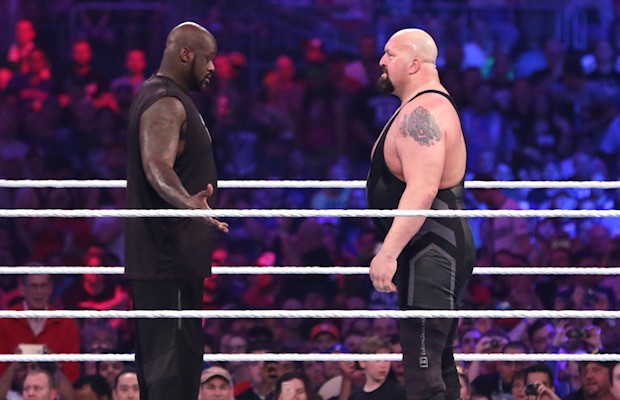 – As noted, NBA Legend Shaquille O’Neal recently stated that a singles match with Big Show was on for WrestleMania 33 in Orlando next year. This comes after the two did battle in the Andre the Giant Memorial Battle Royal at WrestleMania 32. In the video above, TMZ caught up with Big Show and he said he’s not scared.

Show said Shaq is the one who needs to show up and get the match done because he works there, Shaq has to come to him. Show said Shaq has been great for the business because he’s a big star and has a great following. He said the two have a lot of fun when they get the chance to work with each other. Show said if the powers that be make that decision, he will lace up his boots and step into the ring because that’s what he does.

Show also talked about what it means to be a champion in WWE.

Related Items
← Previous Story How Was WWE RAW Viewership with Shane McMahon Back In Control of the Show?
Next Story → John Cena Gets Props for American Grit Work, WWE Teases Return of The Ambrose Asylum, WWE Stock Up