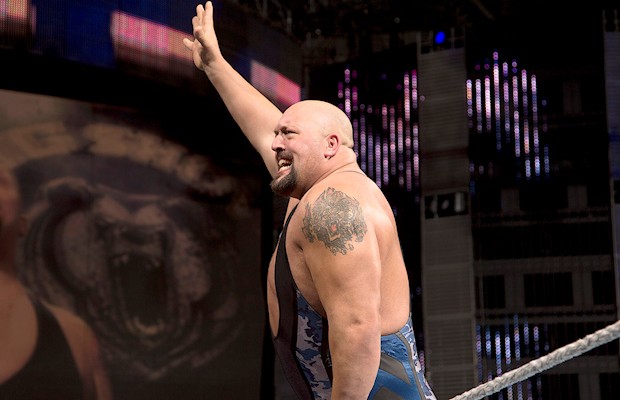 – As seen above, this week’s sitdown interview with Michael Cole features Big Show. Below are highlights:

* Cole asks about the match with Brock Lesnar this Saturday night at Madison Square Garden on the WWE Network. Cole asks why the match is so important. Show says mainly because it’s redemption and validation, to put a reminder out there about who he is and what he’s done for the industry

* Cole says Show has been battling Lesnar for 13 years and brings up the ring imploding years ago. Show mentions he won the WWE Title by defeating Lesnar at The Garden and says he’s looking forward to coming back. Cole asks about their match at the Royal Rumble a few years ago. Show says Brock came back with a lot more intensity and he had a steel chair. Show told himself if there came a day when he got another shot at Lesnar, it wouldn’t go down like that again. Show says he owes Lesnar some payback

* Cole notes that fans on social media were upset Show interrupted Paul Heyman on RAW. Show knocks internet fans and says they’re supposedly the heart and soul of what the wrestling world wants. Show says Heyman knows him and is afraid because he knows if Show gets one knockout punch in, the Lesnar and the “Go To Hell Tour” will be over. Show says Heyman does not want him fighting Lesnar in The Garden

Related Items
← Previous Story Backstage Talk on Vince McMahon and the WWE RAW Ratings, “Table For 3” Clip, WWE Hell In a Cell
Next Story → Lana Thanks Natalya For Helping Her In WWE