Big Van Vader Dead – A Look At His Final Days 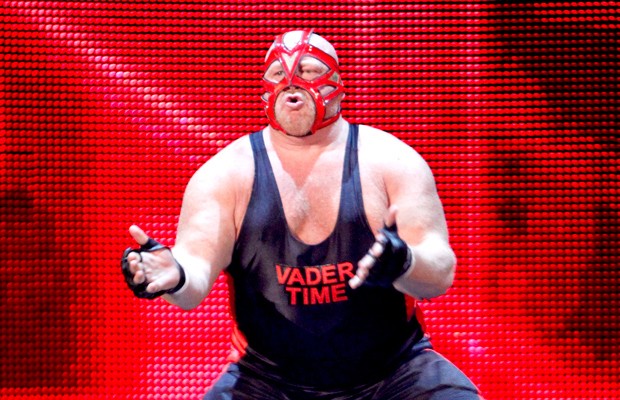 Leon Allen White, better known by his ring name Big Van Vader, or simply Vader, has died at the age of 63.

In a pair of Twitter posts this morning, one of White’s children said he died of heart failure on Monday night after battling a severe case of pneumonia over the past month.

On November 14, 2016, Vader revealed that he was diagnosed with congestive heart failure as a result of his football and wrestling careers. He was examined by two heart doctors and both told him that he had only two years left to live.

Vader discovered the diagnosis after being involved in a roll-over accident inside an automobile, which left him unconscious for 35 minutes.

A few months later, Vader regretted saying that he only has two years left to live.

“I really kind of regret tweeting it out. In other words when I got diagnosed and was told, ‘Leon, you have a bad heart and you have congestive heart failure and we feel your time is limited and you have maybe a couple of years left … two years or less to live,'” Vader explained to Two Man Power Trip of Wrestling in March 2017.

“I remember getting very angry and said this has gotta be bullshit because I don’t feel bad and I remember getting extremely angry. Since that time and when I got the news I left the hospital and went right to the gym and rode the bike for a half hour. Hard. As hard as I could and when I got off the bike and got on the treadmill and walked for another 15 minutes pretty hard and I was exhausted but my heart felt fine so how can I do that if my heart is going to give out?

“The doctor in some of the ongoing appointments that I had with him explained to me that when you are tipping the scales at 400 and 420-25 pounds that a man that size and that heavy isn’t supposed to be able to push himself in a cardiovascular endeavor no matter what it is much past two or three minutes.”

Vader went on to say that it’s his choice to continue to wrestling since that’s how he wants to go out. He would rather die in the middle of the ring than in the hospital.

“I kind of wish I hadn’t brought it up, and I am continuing to wrestle. Someone said, ‘Aren’t you afraid? Why would you get a booking (to wrestle) at this point when you’ve had this type of diagnosis?’ I said, ‘Brother, where would you rather die in a bed at home, or in the hospital, or would you rather die in front of 10,000 people having fun in the ring?” Vader said.

“So, if it’s true if this doctor isn’t just totally full of shit which, that’s what I’m betting on, and I should say ‘these doctors’ at this point you know, that’s my choice, and that’s the way I decide to go out. If this thing’s gonna happen, I’d rather be in a ring, anywhere, compared to sitting in a hospital room in a hospital bed, sitting there like some sheep getting ready to be slaughtered. It’s not who I am, and it’s not the way it’s gonna happen with me.”

Vader continued to wrestle, but after a six-man tag team match in Osaka, Japan on April 20, 2017, he collapsed. Vader initially believed he collapsed due to dehydration but later found out it was because he was dropped on his head during the match. Vader was able to walk backstage under his own power and he remained in Japan for a few more days to work two more shows.

Vader wrestled for the last time on April 23, 2017, teaming with Japanese wrestling legends Riki Choshu and Tatsumi Fujinami in a victory over Shiro Koshinaka, Takuma Sano, and Yoshiaki Fujiwara.

In late March, Vader underwent open-heart surgery in Dallas, Texas. His son Jesse noted on Twitter that the operation was a success, but at the same time, “worse than we had expected.”

Vader was hospitalized again in April due to pneumonia, which he said on Twitter was downgraded to bronchitis.

Vader underwent a second operation on his heart in May 2018, which he explained in his final tweet.

Yesterday I had a surgery on my heart .My heart had shifted to an A-Fib irregular heart beat A person in a fib has substanily increased chance of Heart Attack &Stroke.The surgery was to put the HEART in normal sinus https://t.co/MQvHiGe0Rg was a success

White played professional football before starting his wrestling career in the AWA in 1985. With incredible athleticism for his size, he became a star in both Japan and the United States. He most notably performed for New Japan Pro-Wrestling (NJPW), World Championship Wrestling (WCW), the World Wrestling Federation (WWF), and All Japan Pro Wrestling (AJPW) during the 1990s and 2000s. White, who gained legendary status in Japan, is widely regarded as one of the greatest super heavyweight wrestlers ever.

Outside the ring, Vader also found success on the small screen with a recurring guest role on the popular 1990s television program, Boy Meets World.