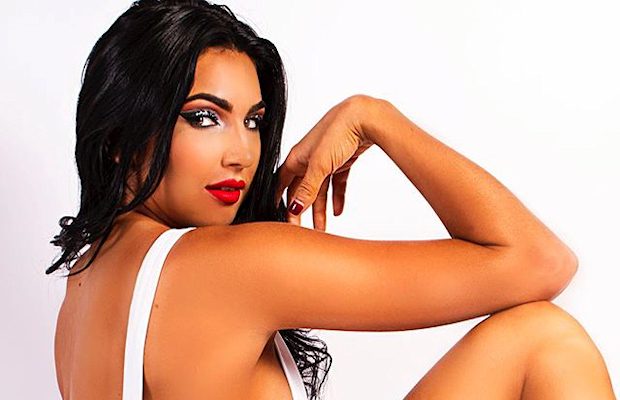 You may have noticed that Billie Kay and her partner in crime, Peyton Royce, have not been seen in NXT in a while. Their last appearance came on Nov. 29 at an NXT television taping, with Kay accompanying Royce for a match against NXT Women’s Champion Ember Moon. Royce lost the match, which aired on the WWE Network on Dec. 13.

Dave Meltzer addressed their absence two weeks ago in the Wrestling Observer Newsletter, saying both aren’t injured, but that WWE doesn’t have a storyline for them right now to push on NXT television. However, this wouldn’t explain their absence from house shows since a storyline isn’t necessary for them to appear.

Well, the real reason The Iconic Duo has been MIA in recent weeks is that both Kay and Royce got a boob job back in December. The recovery time for a breast augmentation is at least six weeks before a strenuous workout. Since they wrestle, it would be a bit longer.

On Friday, WWE.com updated Billie’s profile page with two new photos revealing her boob job, which is quite huge. You can see the photos here.

The photos sparked a lot of chatter on social media. In this post on Instagram, Billie apparently responded to all the talk about her bigger boobs.

Billie has gotten a boob job before as back in 2016, she took time off after WrestleMania 32 to get one. The process kept her out of the ring for nearly three months.

Photos of Peyton’s boob job have also surfaced and you can check them out here.

Billie Kay’s Hottest Instagram Photos →
Billie Kay knows how to bring the heat in the ring … and on Instagram. We’ve gathered the sexiest social media shots that make Billie a clean finish for your Woman Crush Wednesday. Don’t tap out until you’ve seen them all…

See All Billie Kay Photos →
Billie Kay on PWPIX.net, your go-to source for the best photos of the NXT Superstar…