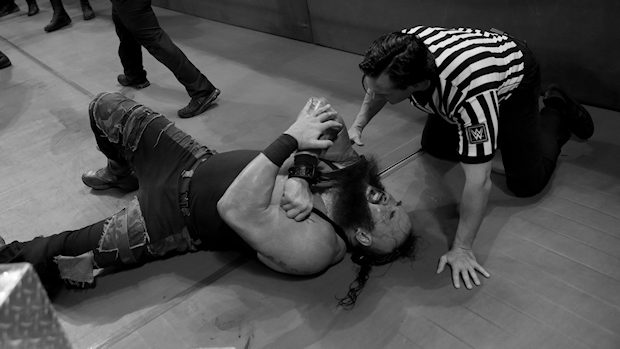 WWE has made more changes to Mixed Match Challenge Season 2.

It was announced during tonight’s show that the team of Jeff Hardy and Charlotte Flair would continue teaming as the tournament starts to wind down, effectively putting AJ Styles out of the tournament for reasons that were not made clear. Hardy replaced Styles last week after he lost the WWE Championship to Daniel Bryan.

Braun Strowman is also out of the tournament since he’s set to undergo elbow surgery and will be out of action. Ember Moon’s new partner will be revealed next week before facing Jinder Mahal and Alicia Fox.

These two changes add to the other changes that have taken place since the 14-week round-robin event started in September. Alexa Bliss, Kevin Owens, and Sasha Banks were all taken out of the tournament due to injury.

The finals of the Mixed Match Challenge takes place at WWE TLC on December 16. WWE announced last week that the winners will earn the 30th entry in their respective Royal Rumble Matches in January 2019. In addition, they will receive an all-expenses paid vacation to anywhere in the world.

WWE also announced that Finn Balor and Bayley will take on Bobby Lashley and Mickie James next week.