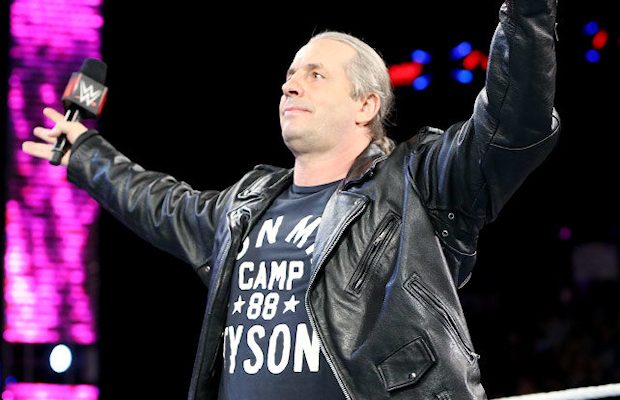 We reported last week that Bret Hart took a shot at fellow WWE Hall of Famers The Fabulous Freebirds in an interview with Forbes. Bret said:

“I’m never going to take anything away from any of the inductees that they’ve had. But to me, the HOF this year I have a voice of protest as sort of a legendary figure of the industry. I am embarrassed that there’s so many great wrestlers out there that have never been given their credit. Never got their due.”

Hart went on to identify Ric Rude, the Fabulous Rougeaus, the Demolition and the Hart Foundation as deserving potential inductees. He was also critical of recent inductees the Freebirds:

“Why have they been overlooked when you can induct the Freebirds who never did squat in WWE? Ever. Never drew any money, never did anything. When I remember the Freebirds, they were all drunk and passed out at the gate at one of the airports in my first day in WWF. None of them even made the show that day, they were too drunk to make their plane.”

“A few weeks later—when I was wrestling, I was just starting in WWF—they showed up at the building at about 9:30 in Providence, Rhode Island. And I remember Andre the Giant said ‘you guys are fired,’ and I remember Michael Hayes cutting a promo on Andre telling him ‘you can’t fire me,’ and ‘who do you think you are?’ and ‘we’ll see who’s fired tomorrow!’ And I remember Andre saying ‘we’ll see who’s fired tomorrow.’ They were fired, they were gone the next day.”

“I’ve always gotten along with [Michael Hayes], but as far as their contribution to wrestling, gimme a break. They were all pill heads and, for lack of a better word, they were all screw-ups. They’re not picking the cream of the crop, they’re picking whoever the first person they see on the list and they go ‘he would be easy to fly in.'” If you’re going to have a Hall of Fame, you’ve got to have Owen Hart in the Hall of Fame.”

Just read something where BRET put the Birds down, say what U want about me, when U talk about Terry and Buddy, who aren't here, PROBLEM!!

It is really sad when a legend was so blessed with a great career, resorts to crapping on others, U'd NEVER say that to Terry or Bud's face!

Bret has now apologized to Hayes via Facebook. You can see Bret’s post and Hayes’ response below:

I’d like to take this opportunity to formally apologize to Michael Hayes. A while back I made comments about the Freebirds not being as worthy of being in the WWE Hall of Fame as others. It was unfair for me to dismiss their contributions to the industry and they certainly did great things in Texas with the Von Erich Family. Michael Hayes always treated me with great respect, as did Terry Gordy, Ronnie Garvin and Buddy Roberts and I’m sorry if I disrespected any of them with my comments. Furthermore I apologize to both Triple H and Seth Rollins for any hurtful comments I made on my podcast. The reality of all this is the reason I quit doing podcasts in general, because they’re for the most part an outlet for negativity, and have left me with a reputation as being angry and bitter. I’m not, I’d spoke candidly and openly but it’s no excuse for minimizing other wrestlers or their contributions. In saying all that, I still believe Jim the Anvil Neidhart of the Hart Foundation, including Owen, Brian Pillman, Davey Boy Smith, The Dynamite Kid, Jimmy Hart, The Rougeau Brothers, The Killer Bees, The Demolition, Rick Rude, King Kong Bundy, and One Man Gang all deserve their place in the WWE Hall of Fame. My apologies to all. Bret Hart x

I have never had a problem with BRET before this, don't intend to after,happily accept his apology, let's move on, every day is a gift!!